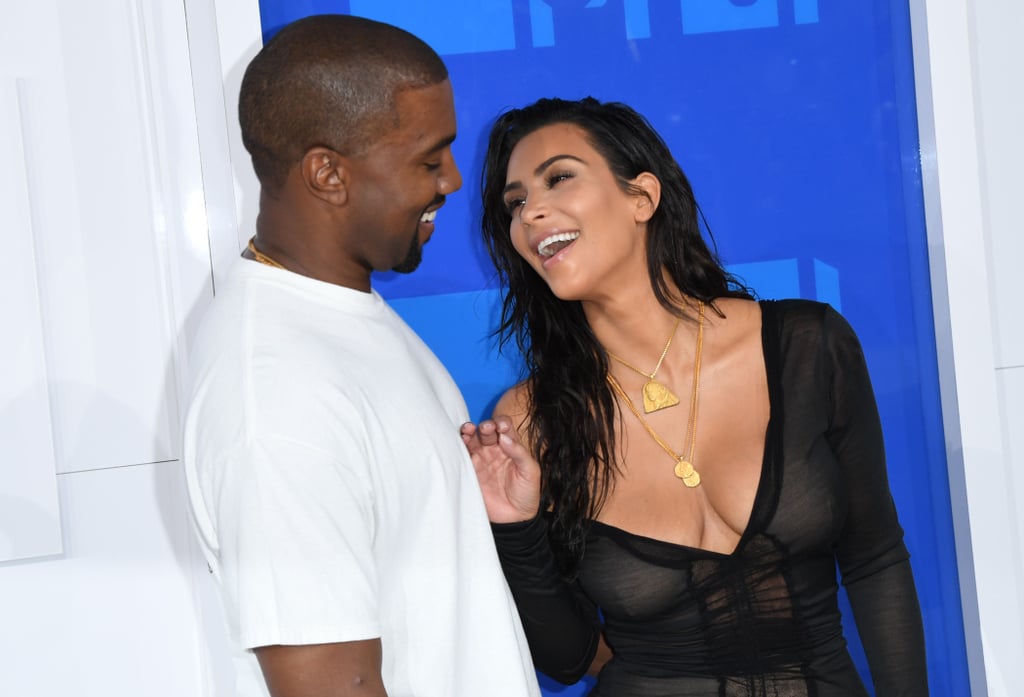 Kenny G, blink if you need to be rescued. The legendary saxophonist was recently hired by Kanye West to serenade Kim Kardashian on Valentine's Day, but what might have originally been a romantic — albeit ostentatious — gesture, soon turned into a cause for concern. See, Kanye arranged for Kenny to play from the couple's furniture-less living room surrounded by tiny vases each containing a single stem rose . . . with seemingly no exit in sight. (OK, in their defence, they left a little aisle for him to walk through.)

Shortly after the surprise, Kenny offered a sign that he had made it to safety. "This was fun! Thanks having me be a part of your Valentine's Day," he wrote on Instagram. Kim clearly had a blast as sheshared several videos from the private performance and wrote on Twitter, "Best husband award goes to mine!!!! Most thoughtful gifts ever!!!!" Well, we see right through Kim's tactic to distract us with her excessive use of exclamation points, and we still have a lot of questions. Shall we?

Related:
Travis Scott Created a Valentine's Day Tunnel of Love For Kylie Jenner, and You Have to See It
Previous Next Start Slideshow
Join the conversation
Valentine's DayKim KardashianKanye WestCelebrity Couples
More from POPSUGAR
From Our Partners
Related Posts