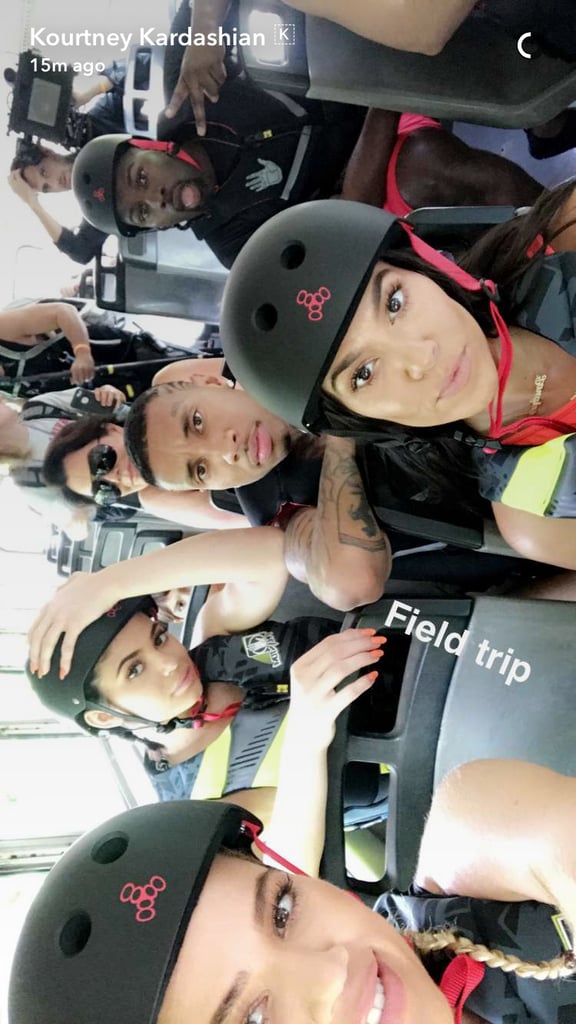 The Kardashian-Jenner clan fled the country's cold Winter temperatures when they touched down in Costa Rica this week. Not only did Kylie and Kourtney put their enviable bikini bodies on display on Instagram, but Kim shared Snapchat videos of her kids, North and Saint West, and her workout session with Khloé. It's been reported that Kanye West did not join them as he's busy working on new music in LA, but Scott Disick, Tyga, and Corey Gamble did tag along. Their trip is being shot for Keeping Up With the Kardashians, which recently resumed filming after taking a break following Kim's Paris robbery.

Race and Culture
Beyoncé Calls For an End to SARS and Its "Senseless Brutality" in Nigeria: "I Am Heartbroken"
by Grayson Gilcrease 1 hour ago

Workouts
Tracee Ellis Ross Complaining to Her Trainer About Holding a Side Plank Is All of Us: "I Hate It"
by Christina Stiehl 22 hours ago

Fashion Trends
Storm Reid Loves Her Cherry-Red Pantsuit So Much, She Put on Beyoncé to Mark the Occasion
by Chanel Vargas 23 hours ago