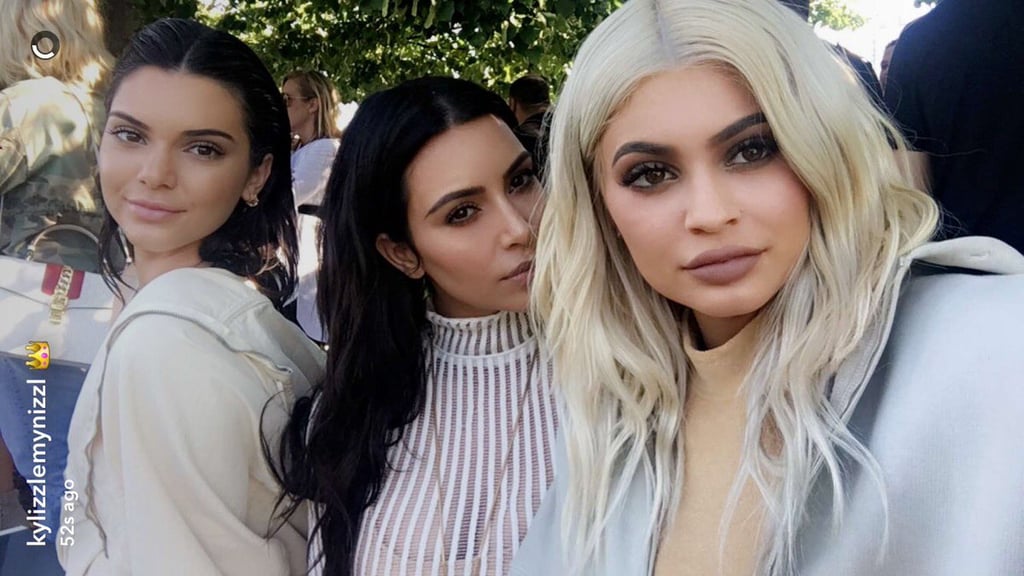 Kanye West took over Roosevelt Island's Four Freedoms Park in NYC for his Yeezy Season 4 fashion show on Wednesday afternoon, and naturally, the Kardashian-Jenner clan stepped out in full force. Kim Kardashian and Kendall and Kylie Jenner were all in attendance, along with Kylie's other half, Tyga. Kim took to Snapchat to share footage from the highly anticipated show, while her younger sister opted for Instagram. Unfortunately, Kim and Kanye's kids, North and Saint West, did not attend this year, but were seen out in the Big Apple earlier in the week. Kourtney and Kris were also missing from the fun as they are currently closing out their Summer with a picturesque European holiday.

Celebrity Families
Tom Hardy Is Many Things — Including a Devoted Father of 3!
by Corinne Sullivan 5 hours ago

The Crown
Who Are Mark And Carol Thatcher? Get to Know Margaret Thatcher's 2 Children
by Emily Weaver 4 days ago

Parenting
As POTUS, Obama Took Any Chance to Be With His Girls . . . Even as Sasha's Basketball Coach
by Perri Konecky 5 days ago
Latest Celebrity
×