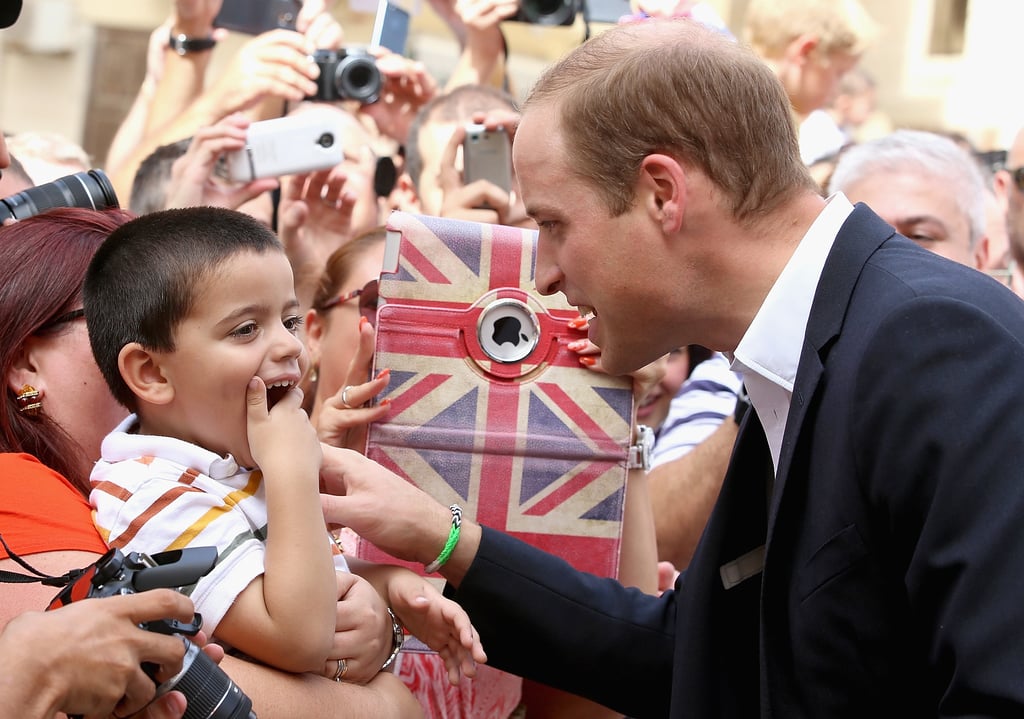 Prince William stood in for his sick wife, the Duchess of Cambridge, over the weekend when he made a solo trip to Malta to attend to royal duties. Kate Middleton was initially slated to do the trip on her own, but she was forced to pull out at the very last minute due to her ongoing battle with severe morning sickness. The journey was to be the duchess's first solo overseas trip on behalf of Queen Elizabeth II. Luckily for Kate, her husband is an expert at royal journeys, and he won over the crowds with his sweet interactions with children both at events and at a local youth centre.

On Sunday, Wills stopped by Agenzija Appoogg to hang out with a group of teenagers and show off both his foosball and video game skills. He helped secure a victory on the foosball table with two other teen guests and then later played a soccer video game on a XBox 360 with a group of boys. (Both Prince Harry and William are avid gamers, although the duke has previously revealed that Kate was against the idea of him getting a Playstation 4 back in 2013 because "it's very addictive.")

In addition to attending various events in Malta, William also took time to update everyone on his wife's condition. He said that Kate is feeling "so-so" and was disappointed that she couldn't go through with her visit. William also joked that the island nation was not yet ready for a visit from Prince George, adding that there are "too many precious things around here." The prince wrapped up his trip on Sunday and is now back in England.