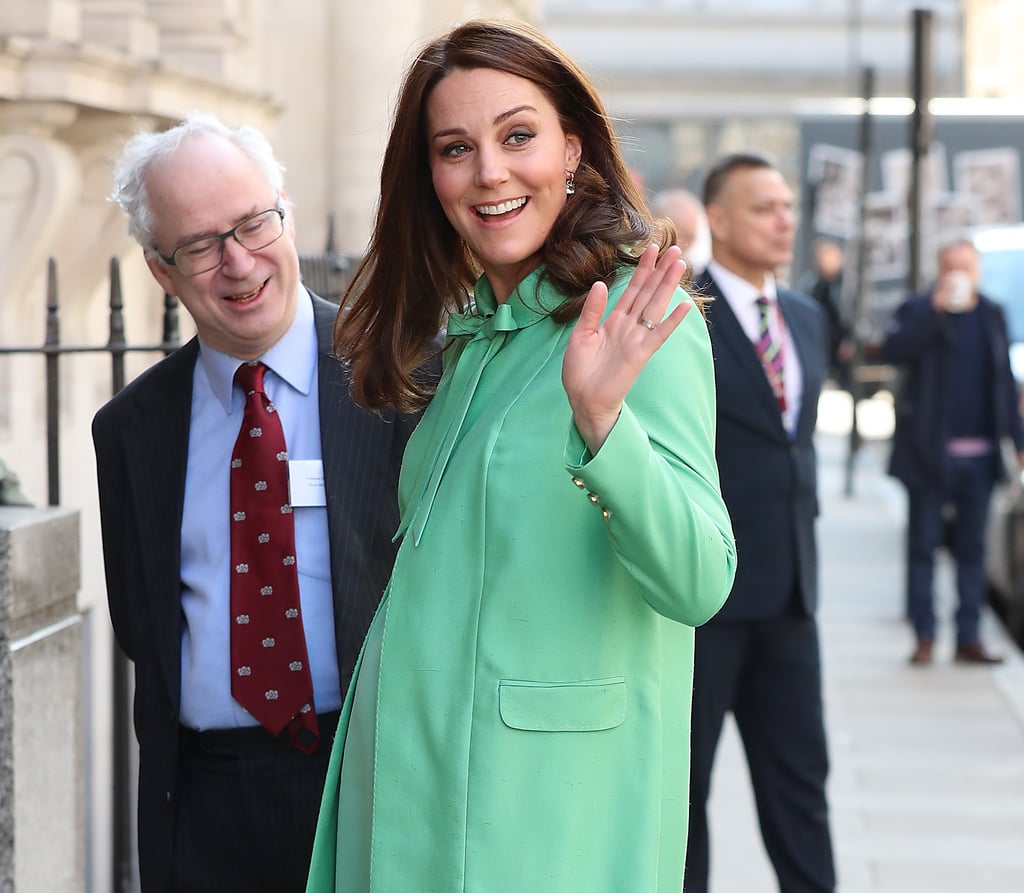 Though she's edging ever closer to her April due date, Kate Middleton is still busy with her royal duties. On Wednesday, she was a vision in green as she stepped out in London on behalf of The Royal Foundation to host a symposium on early intervention for children and families. According to Kensington Palace, the event is "bringing together academics, researchers, practitioners, educators and charities to discuss perinatal, maternal and infant mental health; parenting support; and resources for schools."

It's the latest in a long line of Kate's royal engagements that centre around the importance of children's mental health and support for families and educators, a cause she is particularly passionate about. Next on her calendar are two appearances in East London with her husband Prince William, which will take place on Thursday in the UK. After that, it's likely the duchess will slow down as she awaits the arrival of her third child, which is due a few weeks before Prince Harry and Meghan Markle's wedding!