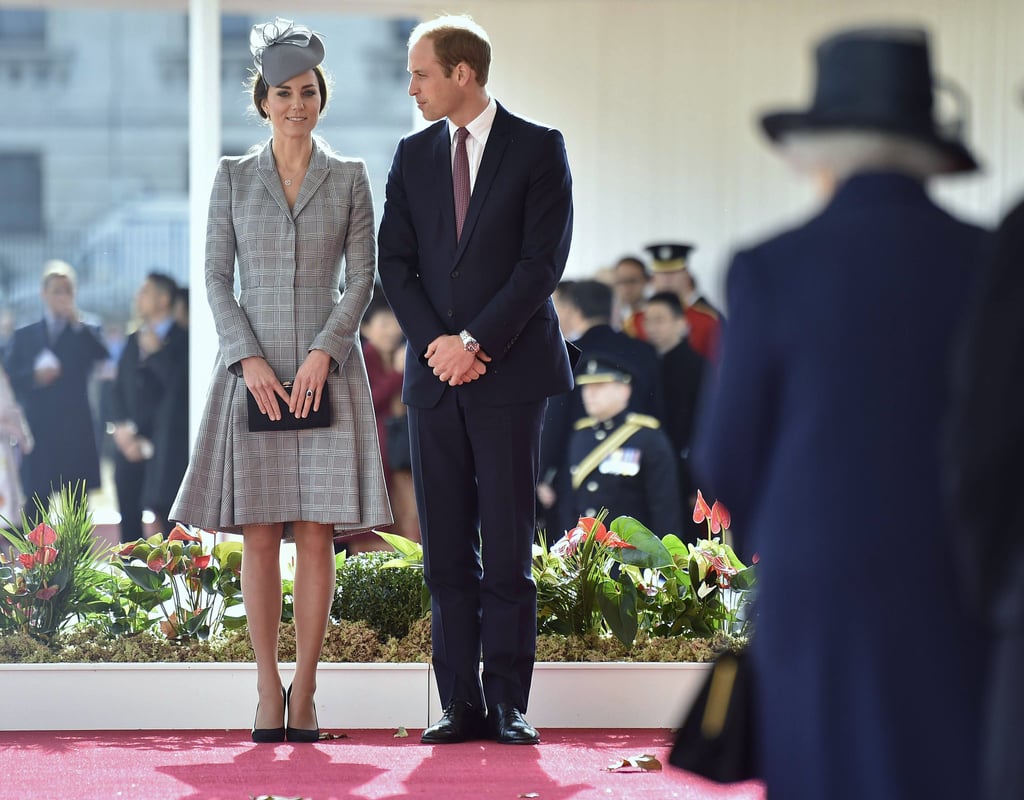 The Duchess of Cambridge is back in action! Kate Middleton made her first public appearance since announcing her second pregnancy when she stepped out to welcome Singapore President Tony Tan Keng Yam to London. She joined her husband, Prince William, as they welcomed the president and his wife at the Royal Garden Hotel, which is a short distance away from Kensington Palace, where Kate has been lying low for the past few weeks. While greeting the president and his wife in a private audience, Kate joked that she had been "looking forward to getting out of the house." (This is Kate's first public appearance since Aug. 5.)

It's been a rough month for Kate, who has been battling severe morning sickness, which also plagued her first pregnancy with Prince George. Despite this, Prince William has said that he and Kate are "immensely thrilled" about the prospect of a younger sibling for George, although he admitted that it's been "tricky" with Kate's illness. The duchess's illness has already forced her to pull our of a planned appearance at the opening ceremony for the Invictus Games, which was organised by her brother-in-law, Prince Harry. Luckily, William, Harry, and even Prince Charles were able to get on with the games despite the absence of Kate. She was also forced to cancel her first solo overseas trip to Malta on Sept. 20. However, William stepped in for his wife and visited the country in her place. Earlier this week, the Palace confirmed that Kate is currently three months along, with her due date set for some time in April.