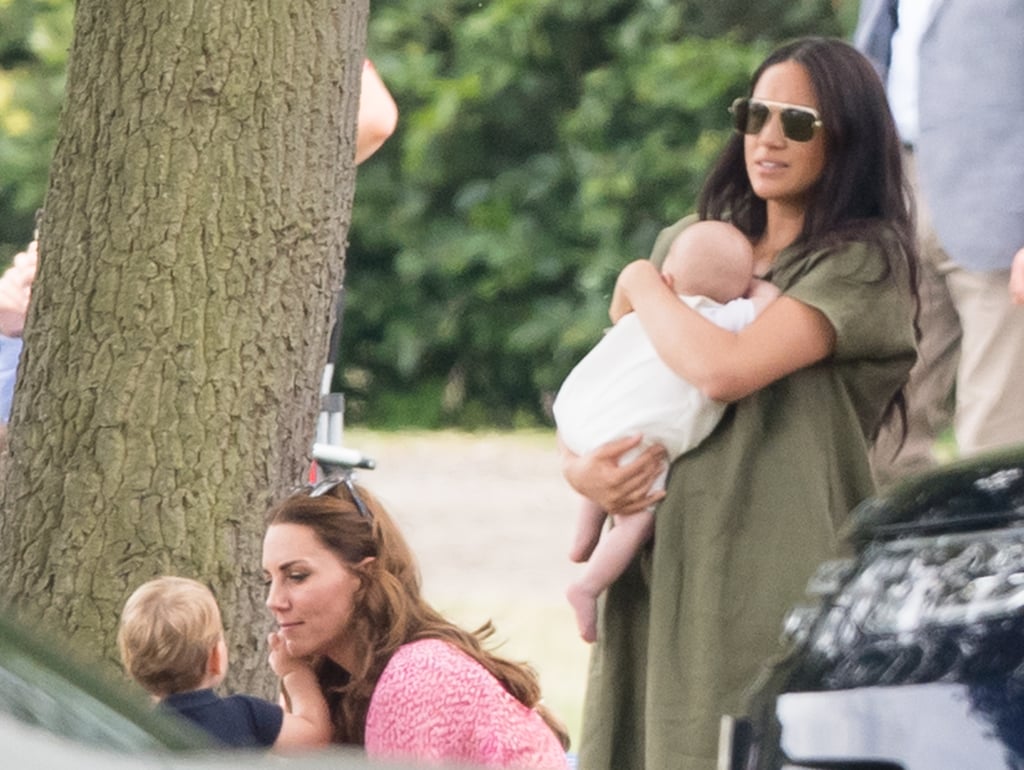 Prince William and Prince Harry had some adorable supporters as they participated in a charity polo match on Wednesday. In addition having their respective wives, Kate Middleton and Meghan Markle, in the crowd, they also had their kids cheering them on. Meghan was spotted cuddling baby Archie in her arms, while Kate — who was wearing a cute pink Summer dress — tended to her three children, Prince George, Princess Charlotte, and Prince Louis during the match. Seriously, did they grow up over night? Louis has already gotten so big, meanwhile George favours his dad so much now.

We've been blessed with quite a few royal appearances as of late. Kate and Meghan both attended Wimbledon on separate days, and the entire royal family (minus Queen Elizabeth II) joined together for baby Archie's christening. Honestly, we need more playdates between Kate and Meghan's kids, because they are so precious. Read on for the best moments.

The Royals
Kate and Will Send an Encouraging Message For Mental Health Awareness: "We're All Connected"
by Kelsie Gibson 6 days ago

The Royals
The Royal Family Join Forces to Honour Nurses on the Coronavirus Front Lines: "Thank You"
by Monica Sisavat 1 week ago

The Royals
Prince Harry Is Here to Brighten Your Day With an Inspiring Message: "This Too Shall Pass"
by Monica Sisavat 1 week ago

Archie Mountbatten-Windsor
Meghan Markle Was Shamed Over a Video of Archie, but Jennifer Garner Will Have None of That, Thanks
by Alessia Santoro 2 weeks ago

The Royals
Meghan Markle's Nickname For Archie Has a Deeper Meaning Than You'd Think!
by Murphy Moroney 2 weeks ago 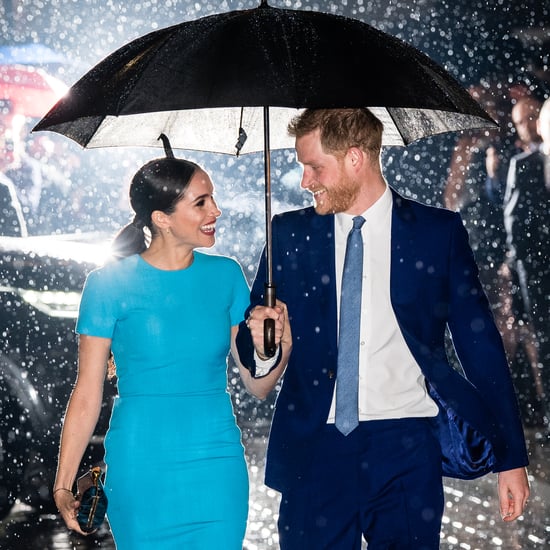