Kate Middleton joined her grandmother-in-law, Queen Elizabeth, for a special event in London yesterday. The ladies were among the many who turned out for a royal tea party at Buckingham Palace. 8,000 people were in attendance, as were Kate's in-laws Prince Charles and Camilla Parker Bowles. Kate was lovely, as usual, in a pink dress. It was the same Emilia Wickstead coatdress that she wore less than two weeks ago for drinks with William and Harry at Waterloo Chamber in honour of a royal dinner for heads of state.

The event was held ahead of the official opening of the Queen's Jubilee, a special celebration being held to honour Elizabeth's 60 years on the throne. The tea party is actually held annually to honour those who do public service, and this year's timing couldn't have been better. The Queen's grandsons, Princes William and Harry, even gave special interviews ahead of the Jubilee's start. William and Harry spoke with Katie Couric about their grandmother, and their whole chat airs this evening on ABC in the US. 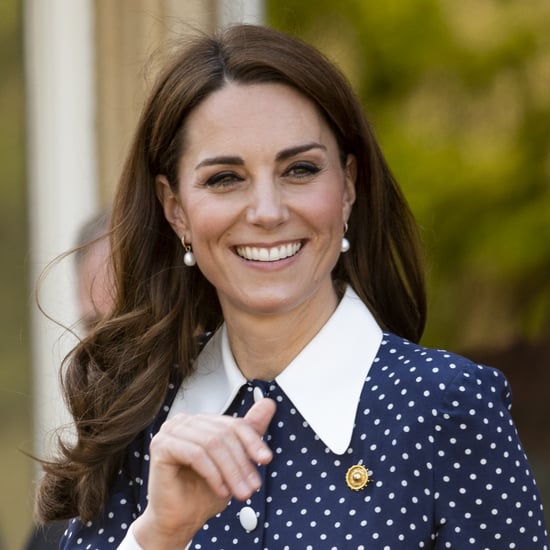