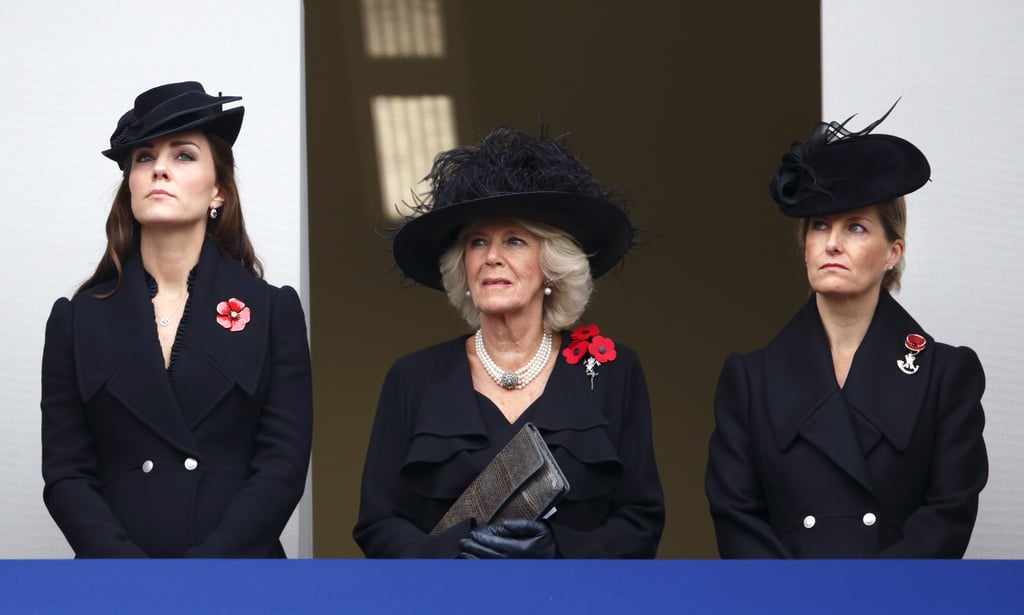 The royal family was in an appropriately solemn mood on Remembrance Sunday when they honoured fallen soldiers in London. The Duchess of Cambridge stood next to Camilla, Duchess of Cornwall, as they watched Prince Charles, Prince William and Queen Elizabeth II lay wreaths at the Cenotaph on Whitehall in London. Pregnant Kate was careful with her actions on this Remembrance Sunday after she was the subject of bizarre criticism last year when she was seen twirling her curled hair at one point during the event. This year's event was important on two accounts — it marks the 100th anniversary of the start of World War I and the 70th anniversary of the D-Day invasion in Normandy, France. All eyes were also on the Queen, as she had reportedly recently avoided an assassination attempt after British police allegedly arrested a group of men who were planning on attacking her during the weekend-long Remembrance Sunday events. While an assassination attempt might rattle many public figures, the queen didn't show any signs of fear and has continued on with all of her events.

Meanwhile, Prince Harry made a surprise visit to Kandahar, Afghanistan, where he too partook in a poppy wreath-laying service with British troops still stationed in that country. There ceremony was noticeably more relaxed than the one in London, with Harry chatting with his fellow servicemen after taking part in the ceremony.