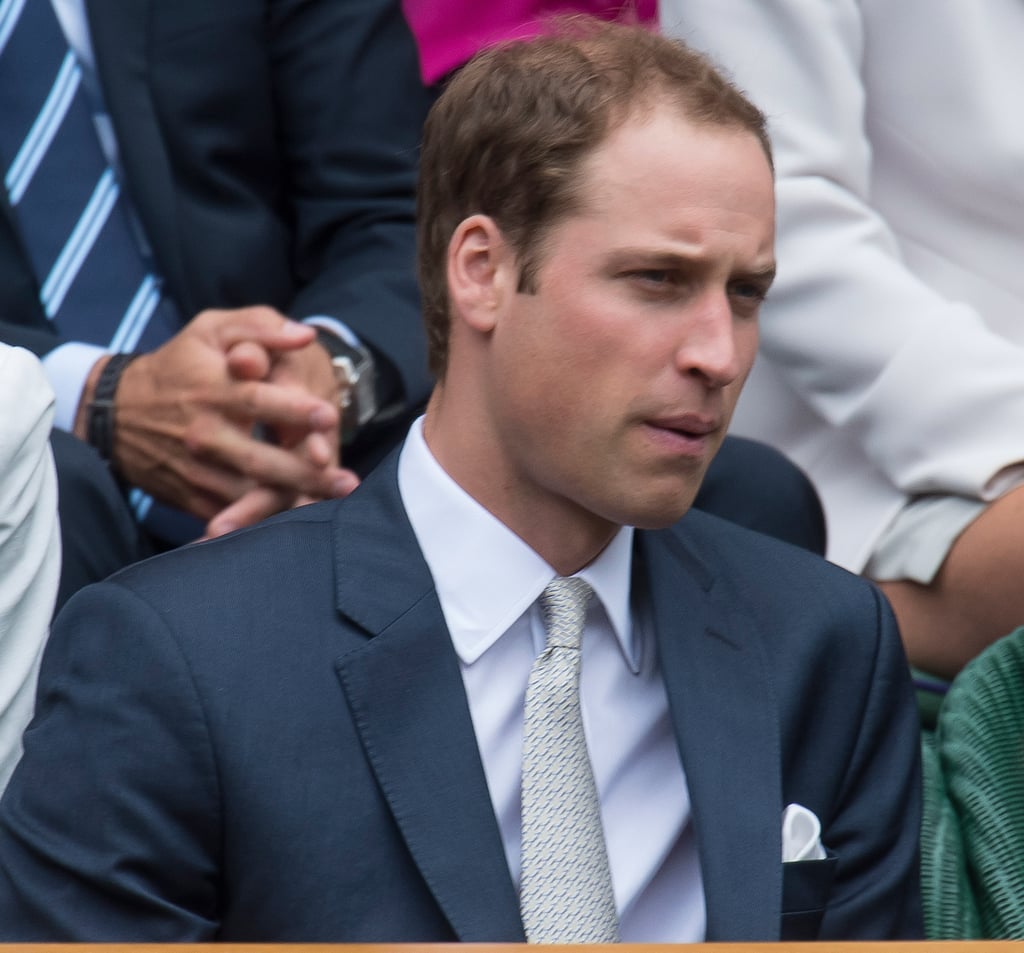 Prince William and Kate Middleton Take in Some Tennis at Wimbledon

Prince William and Kate Middleton were in the stands at Wimbledon yesterday. The royals watched Roger Federer's victory over Mikhail Youzhny — which will move him on to the semifinals — and stayed for the Andy Murray and David Ferrer match afterward. Kate, who is a big tennis fan, sported a knit Alexander McQueen dress that she also wore during her trip to Canada with Prince William last year. She leaned in close to chat with her husband and cheered and clapped during the action.

It's been 15 months since Kate married Prince William, and since then, the pair have been busy travelling the world and focussing on philanthropic efforts close to home.