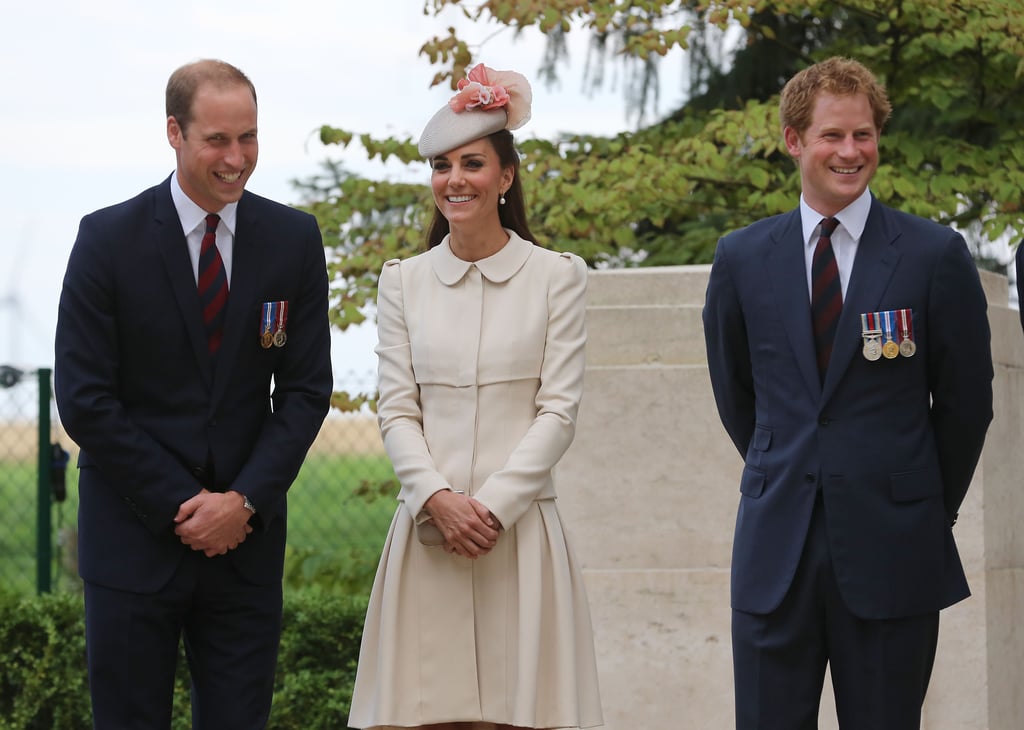 The Duke and Duchess of Cambridge made a trip to Belgium on Monday to take part in a slew of engagements to honour the 100th anniversary of the beginning of World War I. Kate Middleton and Prince William's first stop was at Le Memorial Interaillie in Liege, Belgium, where they were greeted by Belgium's Queen Mathilde (whom Kate curtsied to) and King Philippe and later chatted with French President Francois Hollande. The couple also attended a lunch and reception at Mons Town Hall and stopped by a commemoration event at Saint Symphorien Military Cemetery, where they were joined by Prince Harry. William spoke at Le Memorial Ineraillie, where he commended the Belgium people's resistance to the German invasion a century ago: "The people of Belgium's people were gallant and courageously resisted. Your great sacrifice and contribution to eventual victory was critical. Belgium's commitment to honor the war dead continues to this day."

The royal family had a busy schedule on Monday to honour the important WWI anniversary. Prince Harry stopped by Kent to lay a poppy wreath and remember the area's soldiers that fought in war. Meanwhile, Prince Charles attended to his duties in Glasgow, where he made a special appearance alongside Prime Minister David Cameron. On Tuesday, Kate and Princes William and Harry will visit the Tower of London's "Blood Swept Lands and Seas of Red" poppy installation in the Tower's moat. The three were also together last week when they got in on the fun of the Commonwealth Games, including photobombing athletes and Kate showing off her world-famous expressions.

Russell Wilson
Russell Wilson Pens a Heartfelt Birthday Tribute to Ciara: "You Have Changed My Life"
by Brea Cubit 21 hours ago