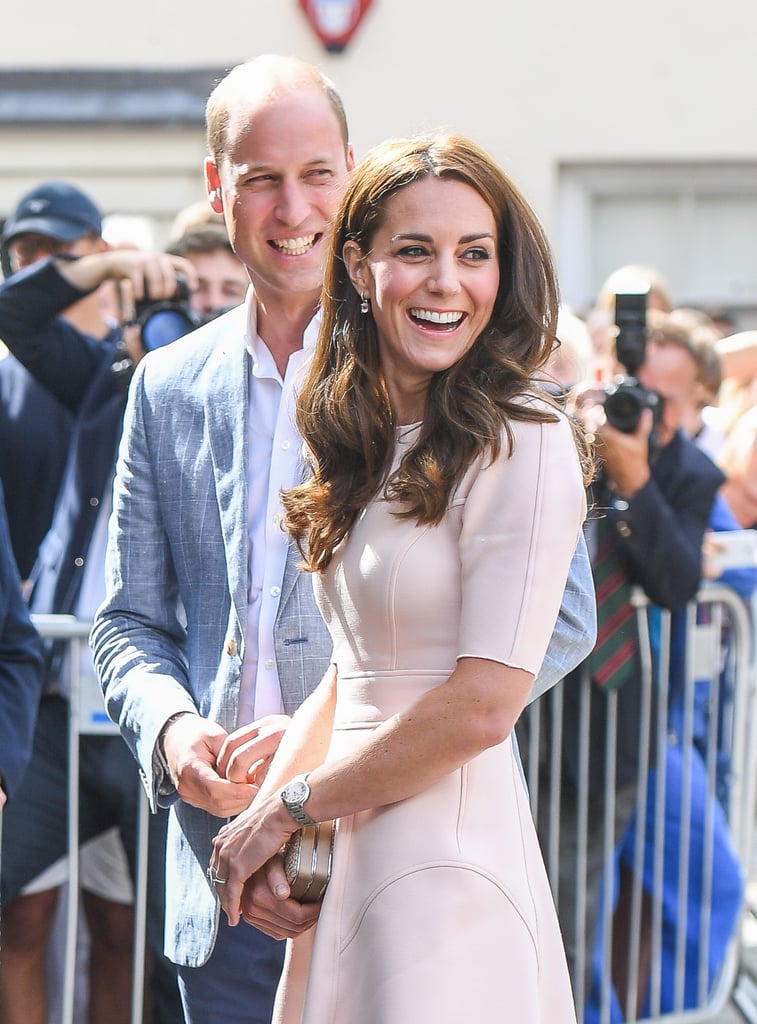 It appears Prince William and Kate Middleton are packing in quite a few stylish, charitable events before they take a trip to Canada with Prince George and Princess Charlotte later this month. A week after stepping out in London in support of the YoungMinds charity, the royal pair arrived in Cornwall, England, on Thursday to take a tour of the Truro Cathedral. While there, Kate had an especially adorable moment with a young child in the crowd, and the couple greeted the public with bright smiles. The duke and duchess also took part in the "sign-a-slate" project that helps with upkeep of the cathedral, and then met and posed for photos with staff members of the Zebs Youth Centre, which is a safe and creative space for local kids in the area.

As their day in Cornwall continued, Kate and Will visited with members of the Wave Project at Newquay's Towan Beach, an organisation that uses surfing as a way to reduce levels of anxiety in children. Both of them shared a number of laughs with the children there before taking a break from the festivities to sip on a few pints of cider (and shots of whiskey!) at Healey's Cornish Cyder Farm. The year might be starting to wind down, but you can bet that the next few months will no doubt be full of new pictures to add to the royal family's ever-growing photo album.