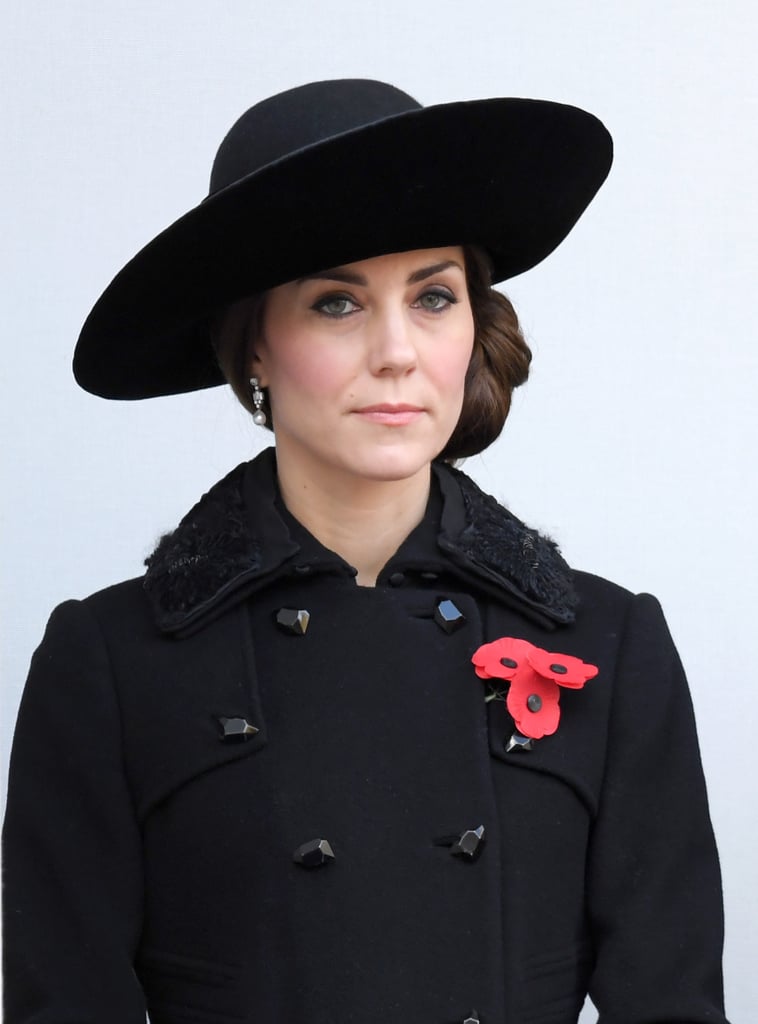 After her solo outing in London last week, Kate Middleton attended the British Legion's Festival of Remembrance with Prince William at the Royal Albert Hall in London on Saturday. The royal couple was joined by Queen Elizabeth II and Prince Philip and sported red poppies as a symbol of remembrance and hope. The following day, the royal couple, along with Prince Harry, made an appearance at the annual Remembrance Sunday service at the Cenotaph war memorial. Harry and William wore their regiment uniforms and participated in a commemorative wreath-laying ceremony. The event takes place every year on the second Sunday of November and focuses on the remembrance of those who have suffered or died at war.

It's shaping up to be another exciting month for Prince Harry. Not only did he pop up at a rugby match between England and South Africa with Princess Charlene of Monaco over the weekend, but he also grabbed headlines for his new romance with Suits star Meghan Markle, and is set to embark on a 14-day Caribbean tour later this month.