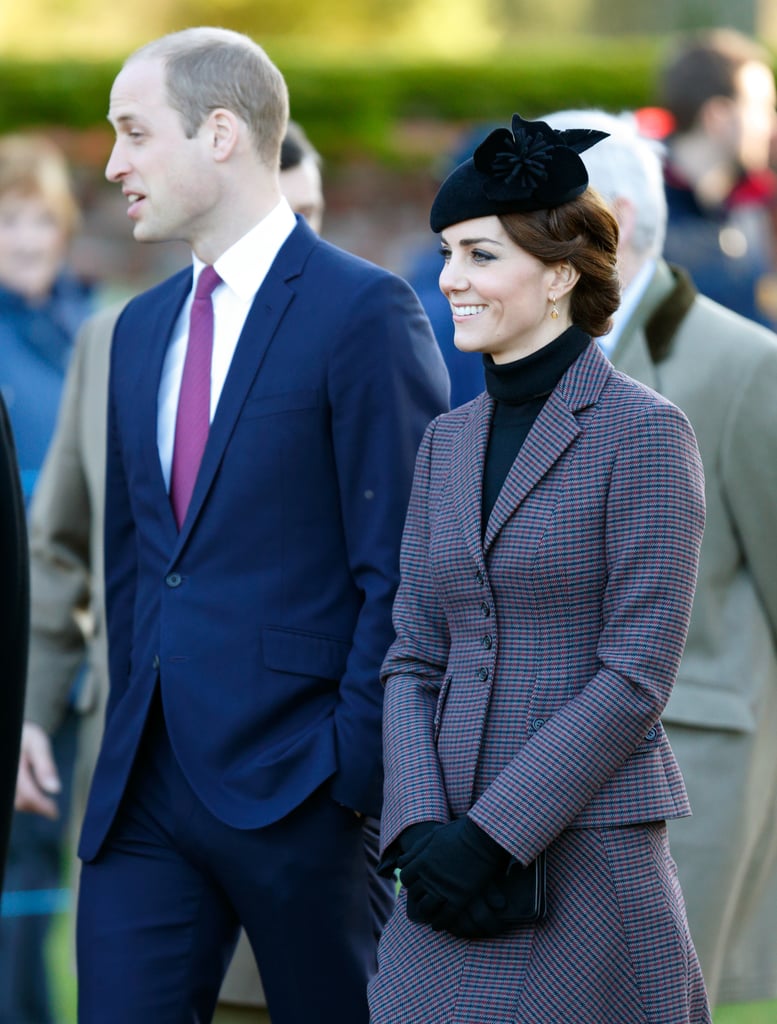 Kate Middleton and Prince William looked to be in good spirits while attending a wreath laying ceremony at the War Memorial Cross in Sandringham on Sunday. Will and Kate, who turned 34 years old on Saturday, were accompanied by Kate's family, parents Carole and Michael, siblings Pippa and James, as well as Will's grandmother, Queen Elizabeth II, at the event, which marked the 100th anniversary of the Gallipoli campaign during World War II. Noticeably absent, though, were the royal couple's children, Princess Charlotte and Prince George, who recently started pre-school at the Westacre Montessori School Nursery in Norfolk, England.

The outing is just the latest we've seen of the pair. In the Spring, Will and Kate are set to embark on a tour of India and earlier this week, Kensington Palace announced that the two will be joined by the King and Queen of Bhutan, who have popularly been called their Himalayan counterparts. Keep reading to see more photos from Will and Kate's day, and then check out all the lavish gifts the Duchess of Cambridge has received from Will.