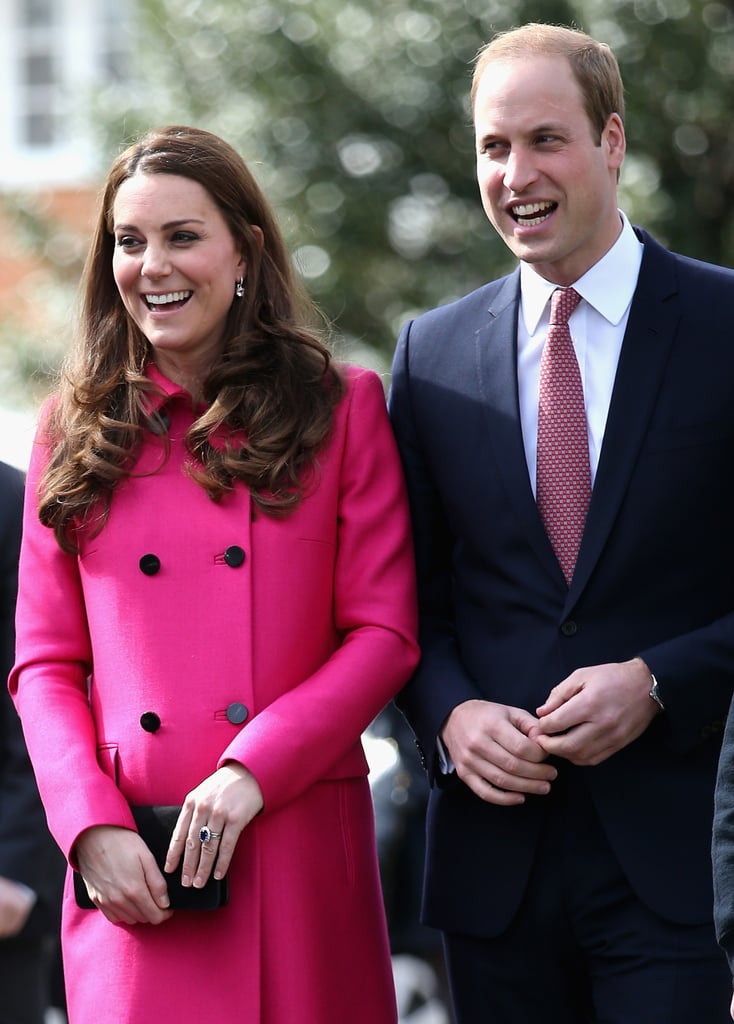 With the royal baby's due date just weeks away, the Duke and Duchess of Cambridge stepped out for what's set to be Kate's last pregnant appearance before the little one's arrival. She's wearing a bold pink Mulberry coat for the couple's busy day, which includes three engagements that support development opportunities for young people in London. First, Will and Kate stopped by the Stephen Lawrence Centre, a place for community learning and research, and later, they visited XLP at Christ Church, where they were set to watch a showcase presentation that featured performers from the program. The royal pair ended the day by checking out the XLP community bus and the XLP mobile recording studio on the Hazel Grove Estate, meeting with young people who are closely involved with the charity.

Since Prince William and Kate Middleton announced her pregnancy back in September, she's made several pregnant appearances, including their recent picture-perfect outing for a St. Patrick's Day parade and a service at Westminster Abbey. Before Kate gives birth, find out everything you need to know about the royal baby, and keep reading to see the best pictures from the royal couple's day out.