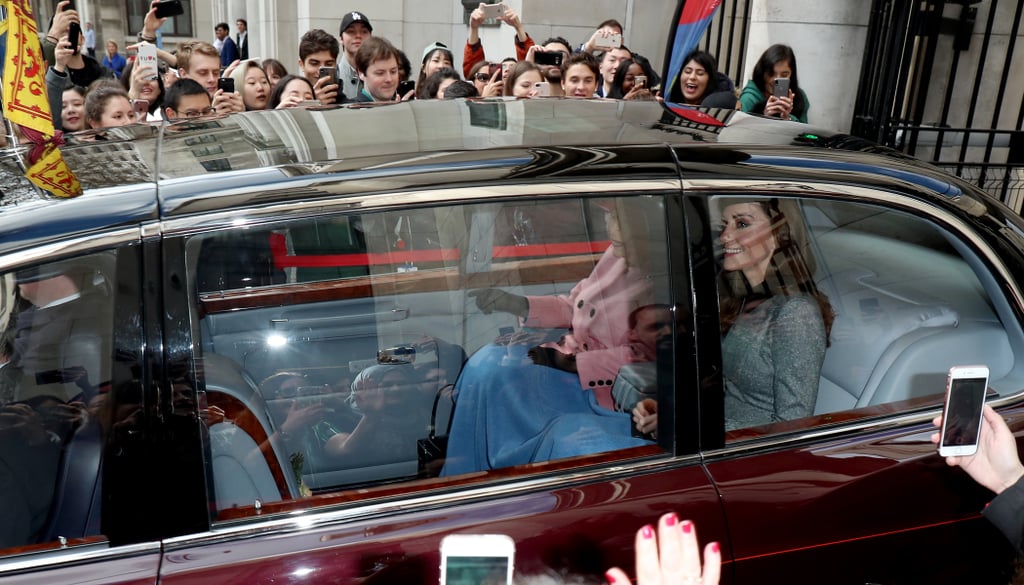 Today marks a milestone for Kate Middleton and Queen Elizabeth II, as they arrived at King's College London for their first ever event as a duo. They arrived at the college in the sweetest way, not only sharing a car, but also sharing a blanket to keep them warm on the chilly journey.

Despite the pair having a good relationship, this is the first time they've attended a royal engagement alone with no other members of the royal family. They visited the London University - of which the Queen is patron to - to officially open Bush House, a set of buildings that have been converted to teaching facilities, an auditorium, and lecture theatres. They both looked delighted to be part of this new building opening at the fourth oldest university in England. After arriving in front of a big crowd, they mingled with builders and architects on the rooftop of the building, and the Queen also reunited with her former private secretary, Lord Geidt, who is now chairman of the university. Ahead, get a look at all of the photos from the event.