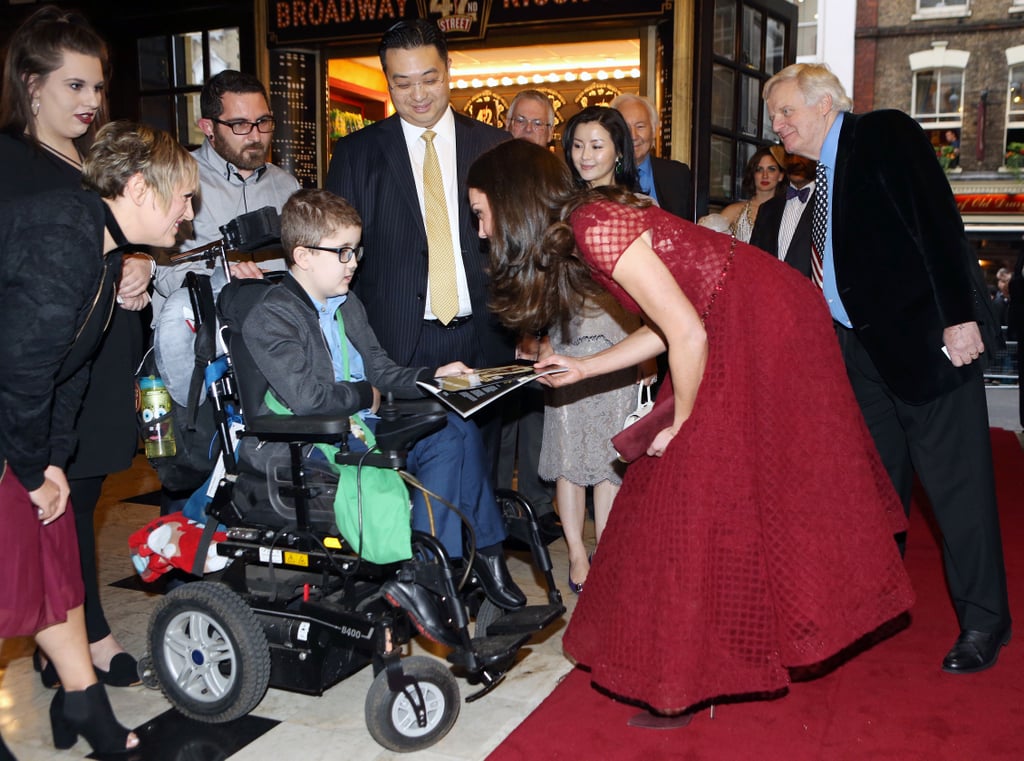 Following her stylish night out at the Portrait Gala last week, Kate Middleton made yet another glamorous appearance at the opening night of 42nd Street at the Theatre Royal in London on Tuesday. The duchess was on hand to support the East Anglia Children's Hospice, of which she is a patron, and looked radiant in a red Marchesa dress complete with a matching clutch. Before making her way inside the event, Kate greeted a group of guests, including a 12-year-old boy named Ollie Duell, who lives with a complex medical condition that affects his bowel and stomach. His mom, Claire, delivered a speech about how much the organization means to her family, saying, "Having a safe place for Ollie to be cared for is the most valuable gift we could ever have been given . . . EACH makes a really hard time just that little easier to deal with."

Related:
Kate and Will Are Parents — See Their Cutest Moments With Kids!

Even though Kate attended the event solo, she and Prince William were photographed having dinner with Pippa's future in-laws, David Matthews and Jane Parker, last Thursday. While the royal couple will be in attendance for Pippa's upcoming wedding, it's been reported that Kate will not act as maid of honour, but her kids, Prince George and Princess Charlotte, will be involved as a page boy and a flower girl.