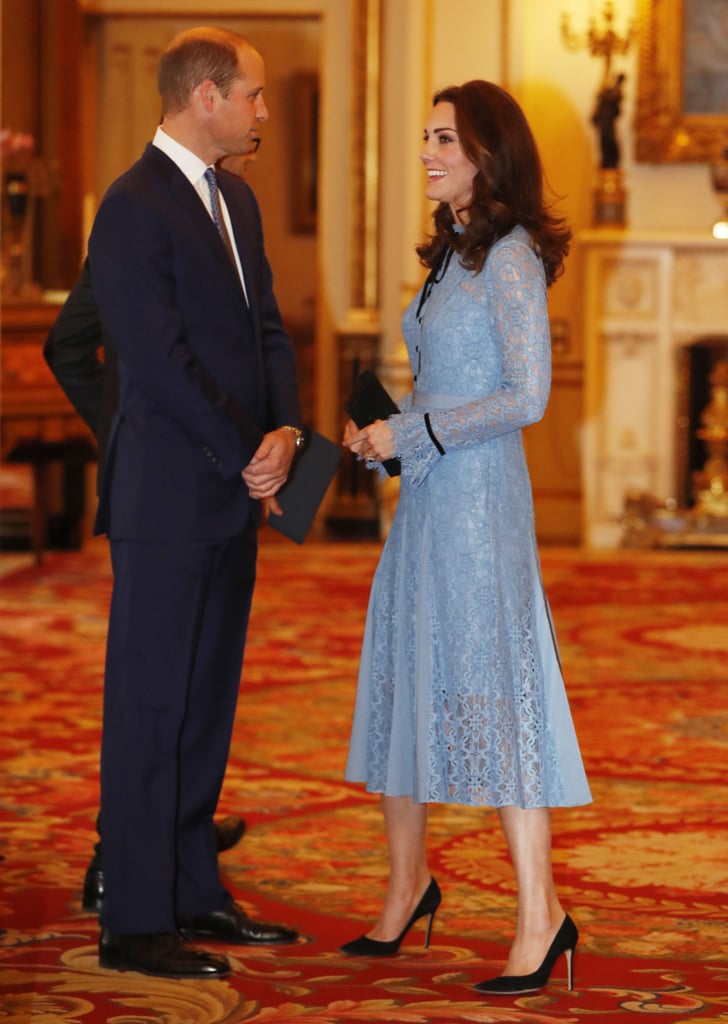 Kensington Palace announced in September that Kate Middleton and Prince William have another royal baby on the way, and on Tuesday, the Duchess of Cambridge debuted her tiny baby bump at a reception at Buckingham Palace in honour of World Mental Health Day. Clad in a blue Temperley dress, Kate appeared to be in good spirits as she and William met with staff from leading mental health charities. The event also marked Kate's first public appearance since her pregnancy announcement. Earlier in the day, William and Prince Harry hosted a reception at St. James's Palace to thank everyone who has supported their Heads Together mental health campaign.

Related:
Is This the Reason William and Kate Have Gone For Baby No. 3?

Kate is reportedly about three months along in her pregnancy and is once again suffering from hyperemesis gravidarum. Kate has been on bed rest at Kensington Palace and even had to miss Prince George's first day of school. We're happy to see she's doing much better!