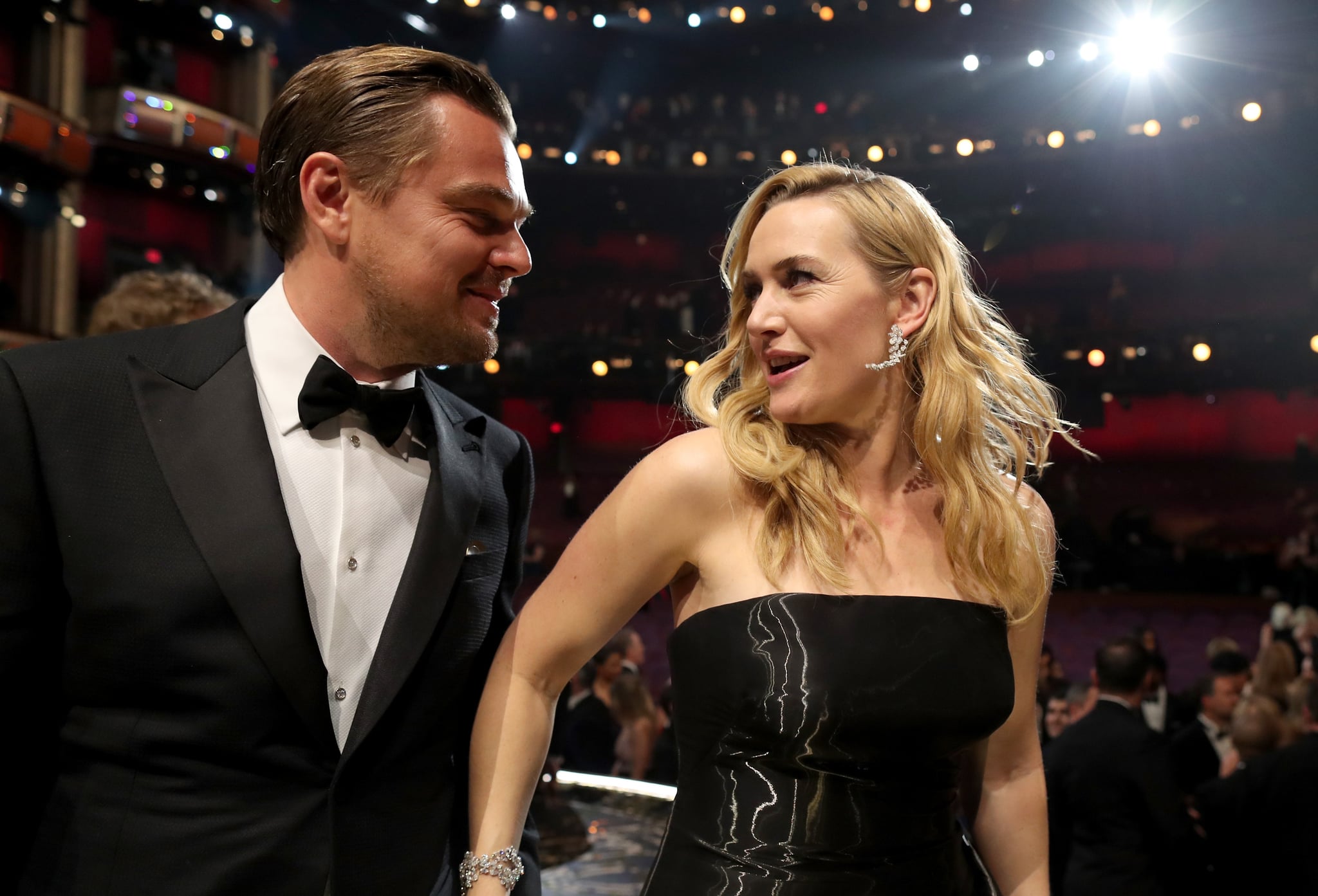 In what has to be one of the most beautiful pieces of news we've heard in a while, Kate Winslet revealed that she and Leonardo DiCaprio are still just as obsessed with Titanic as we are. The actress graces the cover of Glamour UK's latest issue and in her accompanying interview, opens up about the deep friendship that was started when she and Leo were cast in the iconic 1997 film. The two, who played Jack Dawson and Rose DeWitt Bukater, fell hard for each other on screen, but the two actors kept things platonic in real life. And despite the almost 20 years that have passed since the movie's release, Kate confirmed that they still reminisce about it from time to time.

Kate, who recently holidayed with Leo in St.-Tropez, told the magazine, "Sometimes we do quote the odd Titanic line back and forth to each other. You don't even want to know the last conversation we had, because it was so funny and made me laugh so much. We found ourselves saying to each other, 'Can you imagine if the world really knew the stupid things we say?' I'm not going to tell you what we actually talk about, but yeah, we're very, very close and sometimes we do quote the odd Titanic line, because only we can, and we find it really funny." Kate and Leo have said some adorable things about each other over the years, but this quote might just be our favourite.