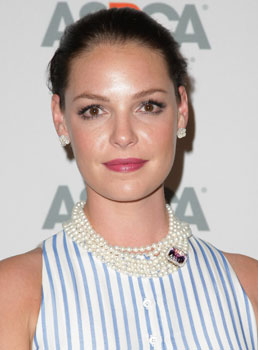 Katherine Heigl may have carved her movie star niche in the romantic comedy realm, but it sounds like the actress won't let Hollywood pigeonhole her. She's slated to star in upcoming drama The Age of Adaline, playing a woman who doesn't age after suffering an accident. She spends her immortal life in solitude, until, of course, the right man marches into her life. It's kinda like Benjamin Button meets Twilight—but with a female lead. This project sounds like it could go either way. Like I said, the story sounds like a few things that have been done before, but with the right chemistry with a male costar, it could very well be a new epic love story for the books. So here's the question: who should play opposite Heigl?