Katie Holmes covered up a hot pink dress with a coat as she arrived at the Late Show in NYC last night. She posed for photos and waved to fans before heading inside to chat with David Letterman. It's been an exciting week for Katie, who celebrated her 34th birthday at a lolly shop with daughter Suri and later performed in Dead Accounts. Katie was all smiles as she emerged after her evening on Broadway and even stopped to sign autographs for the waiting crowd. Katie will soon be celebrating Christmas, but she may be doing so without Suri. Tom Cruise recently revealed that all three of his kids, including Suri, will be with him for Christmas, saying, "We have got lots of very special things planned. We are all going to be together. I am looking forward to it."

Celebrity Style
Katie Holmes Wore Tights With Sandals, and It's Really Working For Me
by Sarah Wasilak 03/2 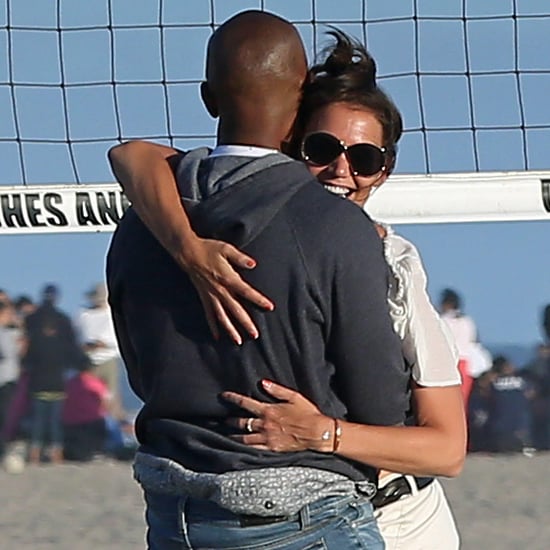