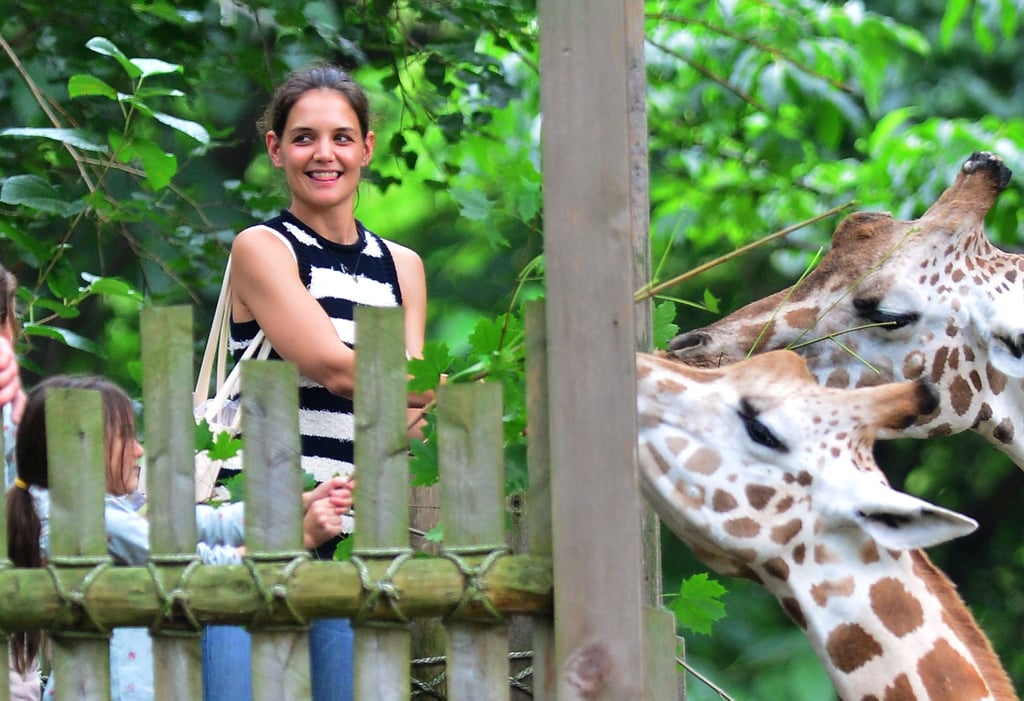 Katie Holmes brought Suri Cruise to check out the animals at the Bronx Zoo on the weekend. Suri and Katie looked like they were having a blast feeding the giraffes. Suri and her friend even wore matching shirts for the outing. Katie left Suri at home for one adults-only evening earlier in the weekend. Katie had dinner out with her lawyer while meanwhile across the country Tom Cruise went out to lunch with his own legal council. Katie stuck around NYC instead of flying to LA for her annual Dizzy Feet Foundation celebration of dance event on Saturday. Instead, she's continuing to take advantage of all there is to do in the Big Apple before returning to the Broadway stage and holding her first ever Holmes & Yang runway show during New York Fashion Week in September.