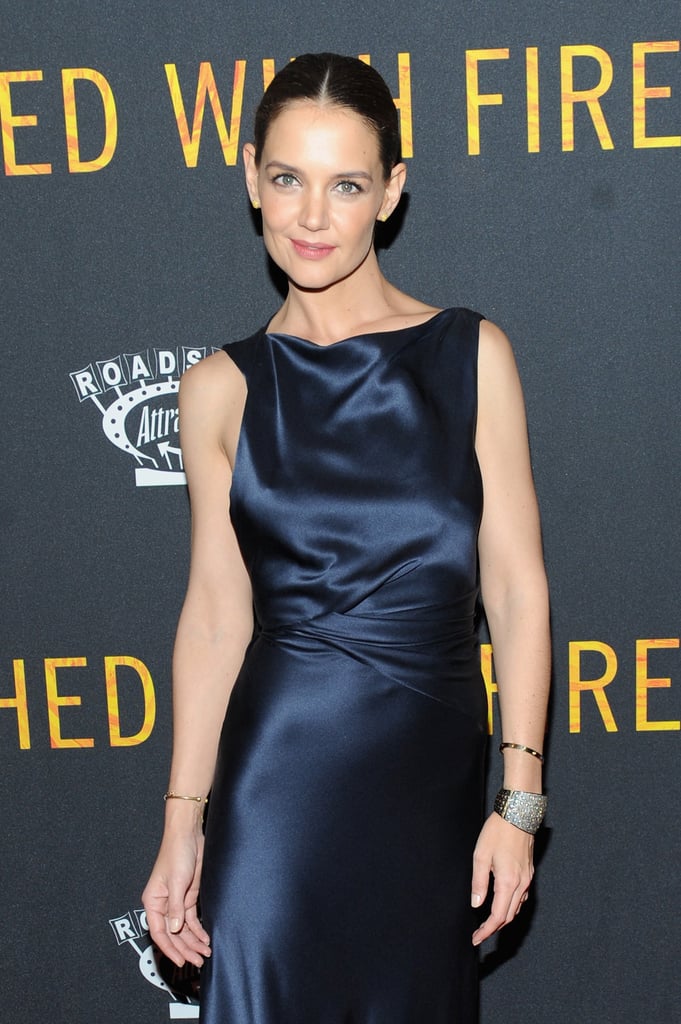 Katie Holmes attended the New York premiere of her upcoming film, Touched With Fire, on Wednesday night in NYC. The actress kept things classy in a gorgeous navy gown and looked like utter perfection while posing for photos with designer Zac Posen and her co-star Luke Kirby. Katie is on a roll this week, popping up at a series of events in the Big Apple, including an appearance on ABC's The Chew earlier in the day. On Tuesday, she dropped by The Tonight Show, where she not only gave the world a glimpse of her extremely competitive side during a game of Musical Beers with Ryan Reynolds, but also delivered a spot-on impression of Beyoncé. Keep reading to see more photos of Katie.