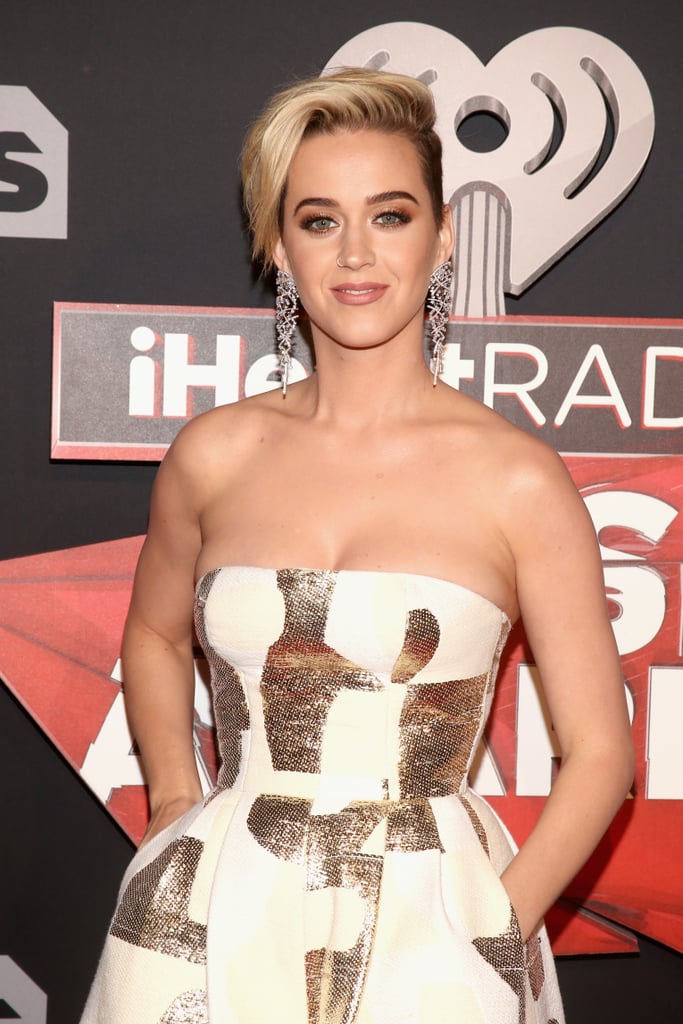 Katy Perry shone bright at the iHeartRadio Music Awards in LA on Monday. The "Chained to the Rhythm" singer stunned in a white and golden strapless gown, which paired perfectly with her new blonde pixie cut. Katy's fun outing marks her first appearance since her split from Orlando Bloom. After a little over a year of dating, the two called it quits in late February, and the duo's reps released a joint statement that said they would be "taking respectful, loving space at this time." A couple days later, Katy addressed the split via Twitter, urging "a new way of thinking" and insisting that "no one's a victim or a villain." Orlando has yet to comment on the matter, but he was spotted chatting up women on the beach over the weekend.