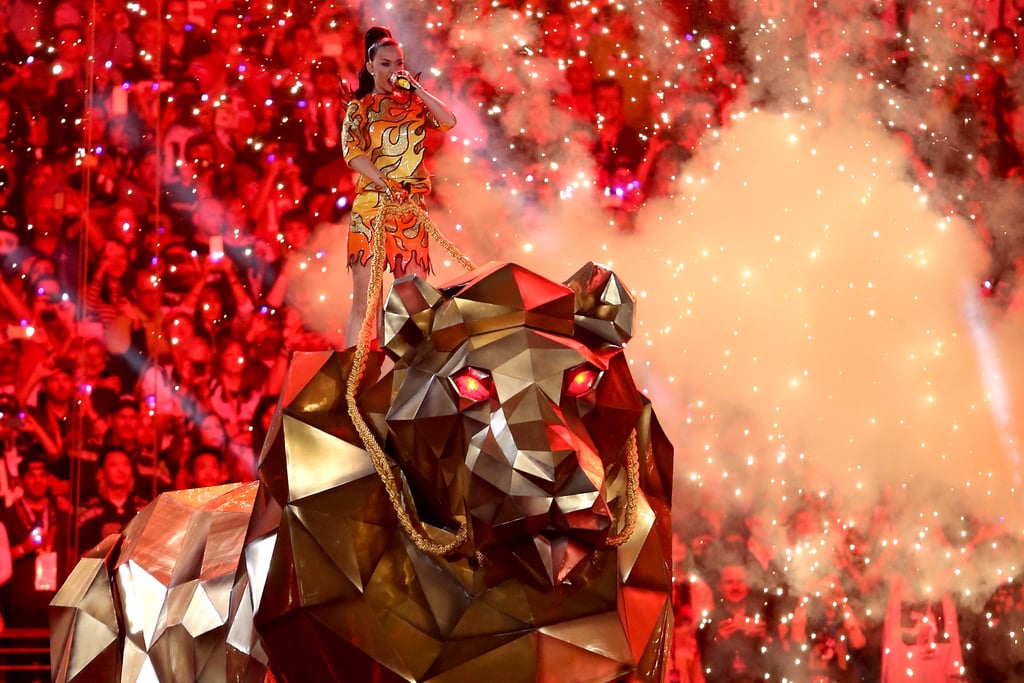 Fireworks were all but guaranteed when Katy Perry signed on to perform at the Super Bowl. And although the singer prefaced her performance by saying she can't compete with Beyoncé, Katy delivered a spectacle that captured everyone's attention. The singer made her entrance on top of a mechanical tiger. Katy sang and strutted her stuff through renditions of her hits "Roar" and "Dark Horse" before she was joined by Lenny Kravitz, who gave us a rock version of Katy's early hit "I Kissed a Girl." Following a quick change, Katy belted out her infectious bangers "Teenage Dream" and "California Gurls." But the biggest surprise of them all was the appearance of Missy Elliott who took over the stage with her modern classics "Get Ur Freak On," "Work It," and "Lose Control." Finally, Katy slowed things down by turning "Firework" into a ballad before literally taking flight over the stadium and upping the tempo, culminating in an explosive finale. Keep reading to see her best moments on stage, and then find out how other stars are enjoying the Super Bowl.

Music
The Weeknd Is Headlining the 2021 Super Bowl Halftime Show, and I Can't Feel My Face
by Monica Sisavat 13/11/20