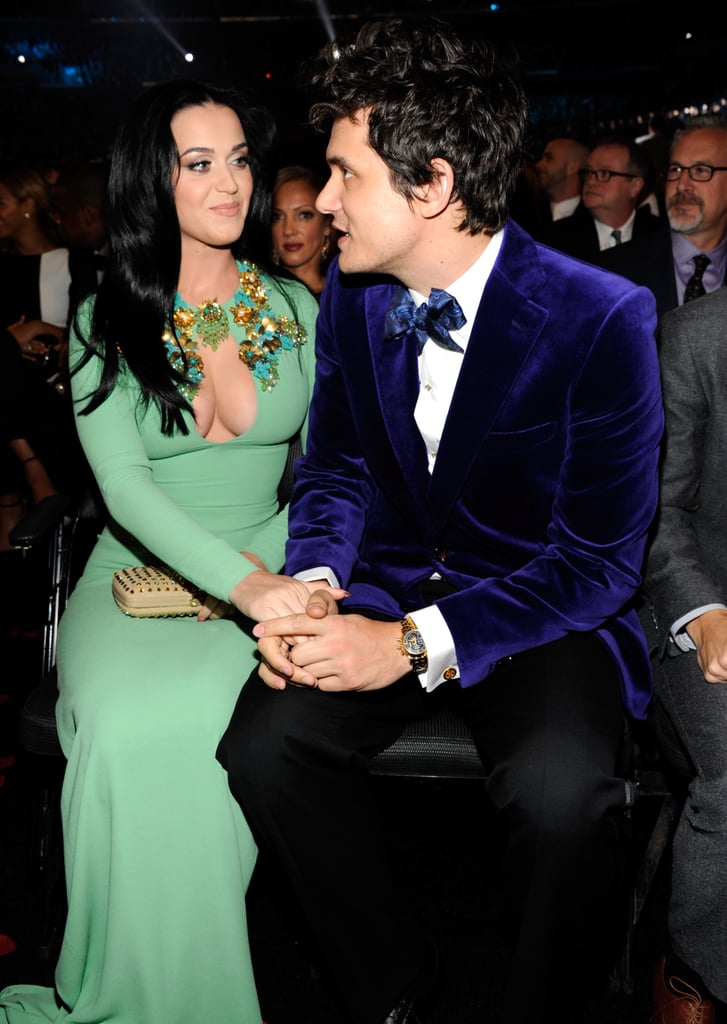 Katy Perry and her boyfriend, John Mayer, showed PDA in their seats at the Grammys in LA. Decked out in her formfitting Gucci gown, Katy and John held hands between their individual stints on stage as presenters. Things are going great between John and Katy, and he recently spoke about their romance on CBS Sunday Morning. He said, "For the first time in my life, I don't feel like I'm in a celebrity relationship. I really don't. I'm not in a high-profile — I know it's high-profile. It's hard to explain . . . For me, it feels like something that's very human."

John walked the red carpet solo earlier today, while Katy decided to pose for photos with their mutual friend Allison Williams. Katy was able to catch up with many pals at the show, including Ellen DeGeneres. Ellen and her wife, Portia de Rossi, caught a minute with Katy and were seen making hilarious faces at the strategic cut-out in her green gown.