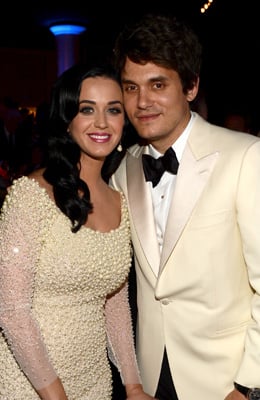 Katy Perry and John Mayer have reportedly split. According to Us Weekly, a source said, “It’s sad. It’s not over until it’s over. You have to see how things play out.” It’s the second time they’ve broken up — they split briefly in August last year but got back together a month later.

Katy and John have been quite public with their relationship over the past few months. They attended big events like the Grammys together, and Katy has gushed about John on Twitter, recently tweeting on Mar. 2, “My boyfriend is taking me to a kitten shelter in his truck. I can't think of a more perfect Saturday.” But one of her latest tweets hinted at something being not quite right: “ATTENTION: Mercury is OUT of retrograde today. Thank GOD.”