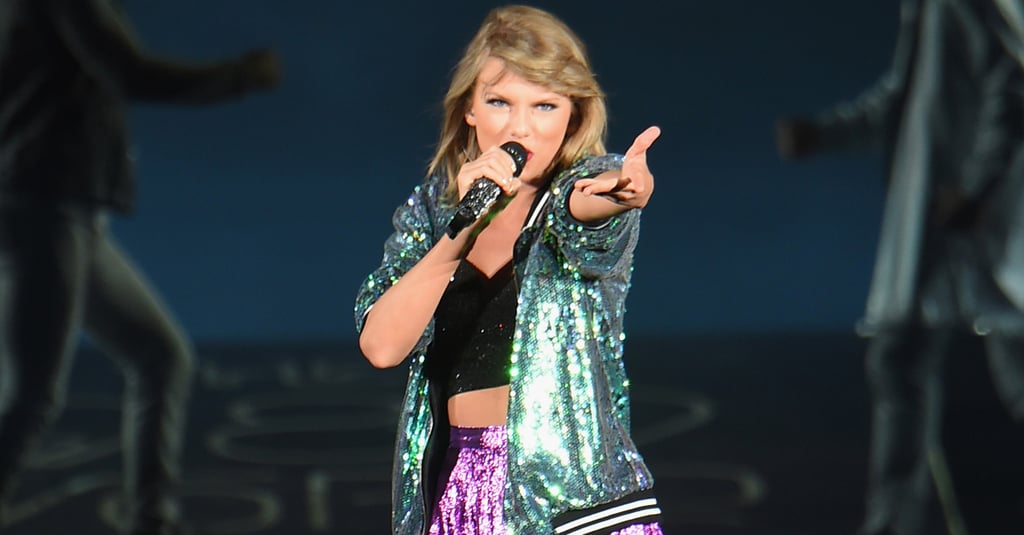 There seemed to be a Katy Perry reference when Taylor Swift performed "Bad Blood" in Massachusetts over the weekend. In a video posted to Twitter, Taylor sings the hit song (which is reportedly about Katy) as a dancer wearing a shark head pops up behind her, and Taylor laughs to herself in the moment. Was the dancer surprising her? Since there was a lobster during Friday's show, was there actually no Left Shark connection? Left Shark, of course, became a popular meme after he stole the show during Katy Perry's Super Bowl performance this year.

Why would someone wear the shark head on stage this weekend? Well, Taylor and Katy's rumoured feud made headlines again last week after Katy chimed in on the VMAs Twitter exchange between Taylor and Nicki Minaj. After the misunderstanding, Taylor apologised to Nicki, who later appeared on Good Morning America and said she and Taylor are "all good."

Celebrity Beauty
Taylor Swift Did Her Own Hair and Makeup For the ACM Awards, and She's Basically a Pro
by Jessica Harrington 5 days ago

Award Season
Taylor Swift Left Her Cardigan at Home For the ACM Awards, and Wore This Chic Outfit Instead
by Karenna Meredith 4 days ago

Award Season
Taylor Swift Returns to the ACM Awards After 7 Years, and This Swiftie Is Nostalgic
by Kelsie Gibson 5 days ago

Workouts
This Trainer Created a 20-Minute HIIT Workout Set to Taylor Swift, and We Can't Calm Down
by Samantha Brodsky 1 week ago