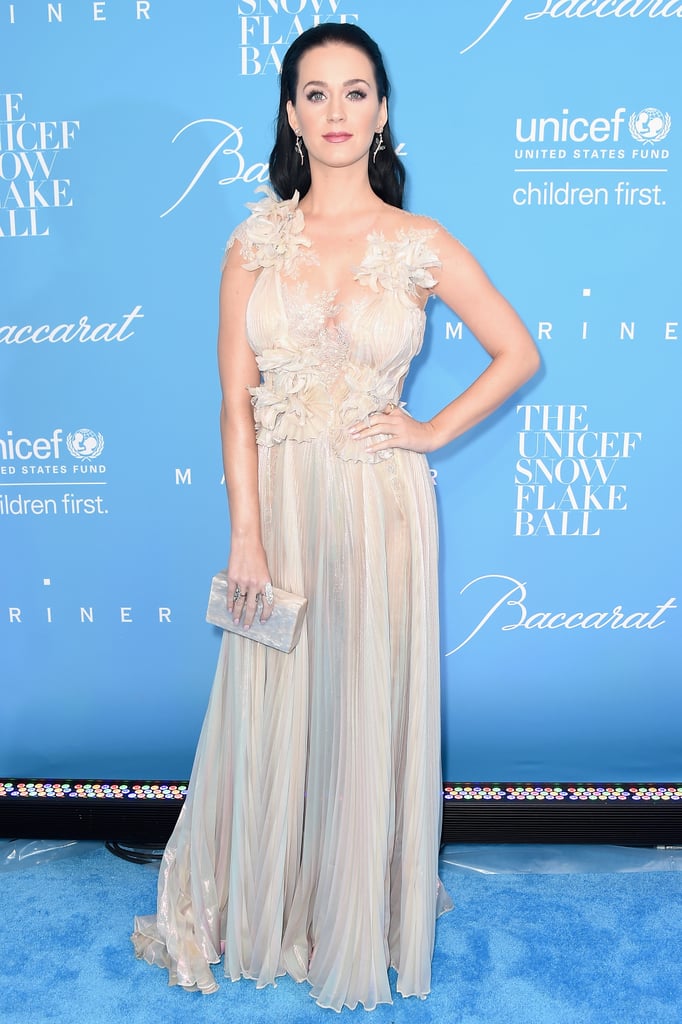 Katy Perry and Orlando Bloom may be an item, but they still have yet to make their red carpet debut as a couple. On Tuesday, the duo attended the annual UNICEF Snowflake Ball in NYC. While they posed for photos separately, Katy drew eyes in a stunning Marchesa dress while Orlando looked handsome in black tux. The actor was on hand to support his girlfriend, who was being honored with the Audrey Hepburn humanitarian award for her work as UNICEF's goodwill ambassador, an award that Orlando received last year. In addition to spending time with her man, Katy also got a sweet surprise from Hillary Clinton, who the singer heavily supported during the election, when she came out on stage to present Katy with her award.

The couple's appearance comes just one day after Katy stirred up engagement rumours when she was spotted sporting a massive diamond stunner on that finger while out in the Big Apple. Oddly enough, she did not wear the ring to the event, but she did sport some gorgeous Neil Lane and L'dezen jewellery.