Katy Perry Shines at the Sydney Premiere of Katy Perry: Part of Me

Cotton candy trees, giant lollipops and hundreds of screaming fans lined the pink carpet at the Sydney premiere of Katy Perry: Part of Me (out July 2) at Event Cinemas on George St last night. As Katy Perry’s fans, known as KatyCats, waited for the pop star to arrive — some had been standing on the sidelines all day — many of Katy’s chart-topping hits were played through the complex during a fun karaoke session. Ruby Rose, a friend of Katy’s, was among the celebrity guests and posted on Twitter that she was going to take two lucky people into the movie as her dates. Ricki-Lee Coulter told us she’d previously met Katy when she interviewed her during her time at Nova, describing Katy as a “fierce, intense woman.” Others who walked the pink carpet included The Voice grand finalist Sarah De Bono, Emma Birdsall, Reece Mastin and Michelle Bridges.

When Katy made her entrance, she dazzled fans and media in a Versace dress and Christian Louboutin perspex heels. As she posed for photos and signed autographs for one group of people, her eyes lit up as fans in another section started singing her songs. Asked what she wanted fans to take away from the film, Katy told us, “I just want them to have more of a human connection with me, I guess. [I want them] to be encouraged and inspired that they don’t have to change who they are, or own one thing, or try and be like someone else just to fulfil their dreams. Just because the world is advertising that you should do or be something doesn’t mean you have to believe in that.” 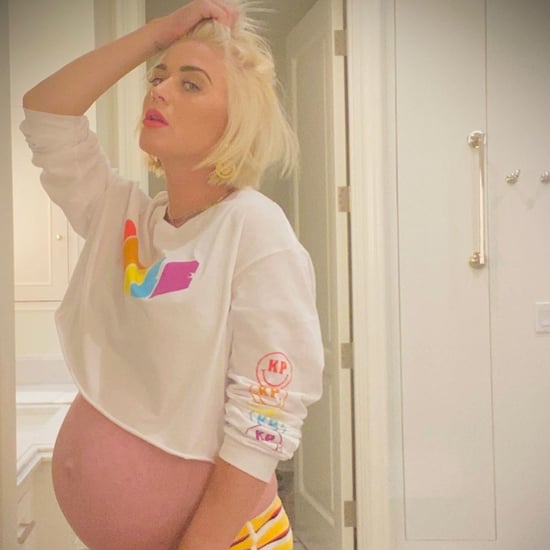