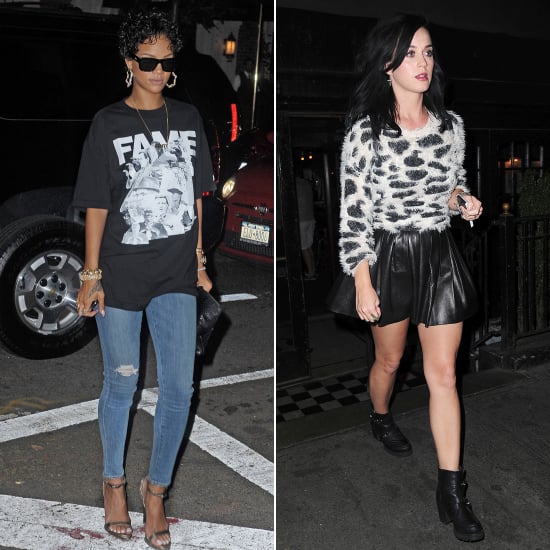 Katy Perry showed her love for two famous friends yesterday during a very busy day of press in NYC. Katy took a break from promoting her new single, "Roar," to reunite with her equally busy pal Rihanna for a girls' dinner in the city. Rihanna documented the meeting with her friend on Instagram, writing "RIHunited" next to a photo of herself with Katy.

Earlier in the day, Katy and her on-again, off-again boyfriend John Mayer released their duet, "Who You Love," which will be featured on John's upcoming album, Paradise Valley. In the song, John and Katy trade similar verses, with John singing, "My girl, she ain't the one that I saw coming / sometimes I don't know which way to go / and I tried to run before but I'm not running anymore / 'cause I fought against it hard enough to know / that you love who you love who you love / you can't make yourself stop dreaming of who you're dreaming of / if it's who you love, then it's who you love." Katy commented on the new tune yesterday during a radio interview, saying that she was "just so happy" when she recorded it with John. Katy and John briefly split back in March, but the two have since reunited.

Award Season
Emma Chamberlain Poses With Her Louis Vuitton Bag For the PCAs — Oh, and Her Cat
by Sarah Wasilak 6 days ago

2020 Election
Michelle Obama Urges Trump to Put the Country Before His Personal Feelings, Like She Did in 2016
by Karenna Meredith 6 days ago 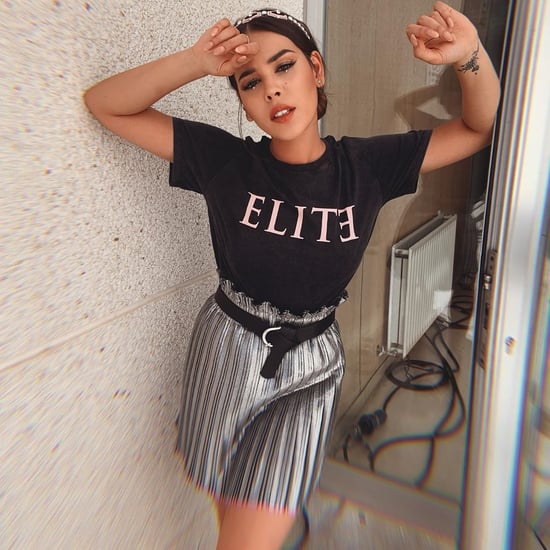 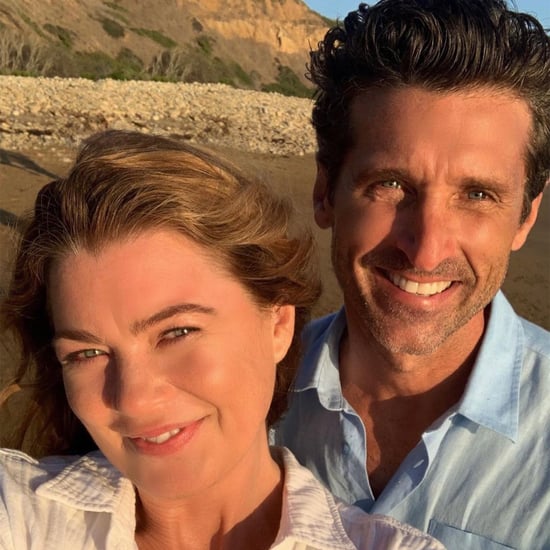