Katy Perry is topless on the cover of August's issue of Esquire UK and shows off her gym-honed body inside the mag too. She talks about her image, her Christian upbringing and of course her fiancé Russell Brand. Here are some extracts from her interview: 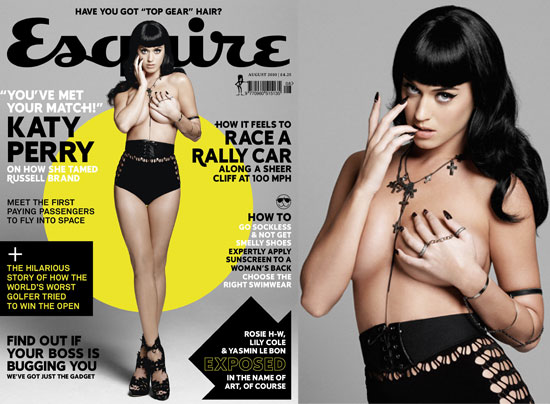