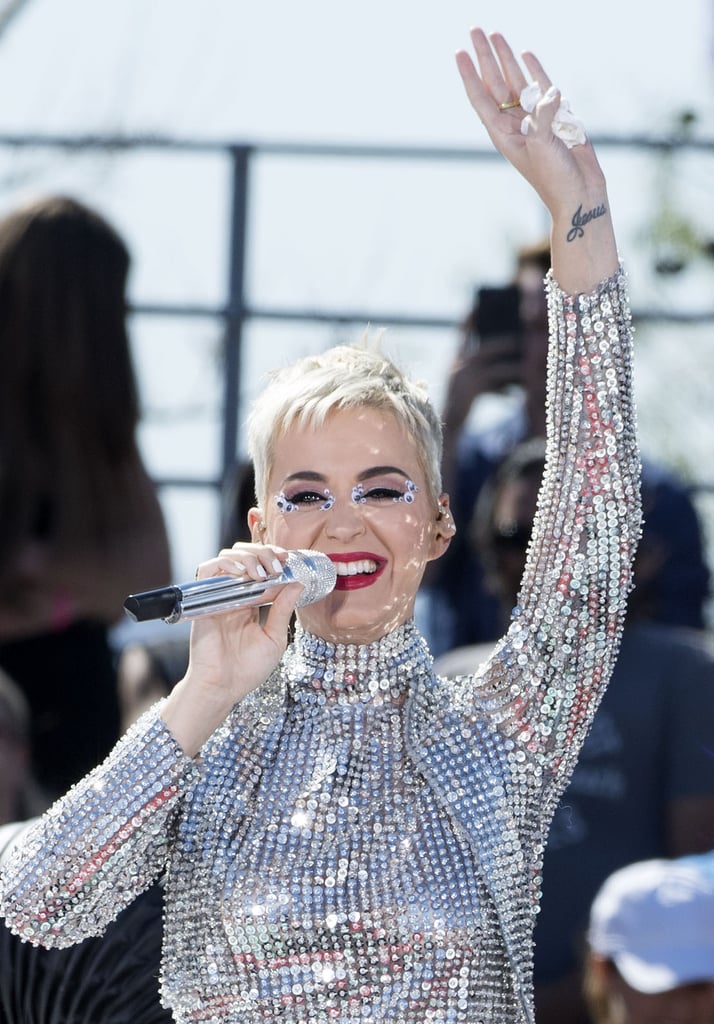 It looks like Katy Perry is really serious about ending her feud with Taylor Swift. On Monday, the 32-year-old singer took another step toward her reconciliation with the pop star during her LA concert, which capped off her 72-hour Witness World Wide YouTube special. While performing her single "Swish Swish," Katy reportedly changed a key lyric in the song, which many have speculated is aimed at Taylor. Instead of singing, "Don't you come for me," in the first verse, Katy belted out, "God bless you on your journey, oh baby girl."

Related:
A Dramatic Roundup of Everything Katy Perry Has Said About Taylor Swift's "Bad Blood"

The surprising change comes just two days after Katy officially forgave Taylor during an interview with Thrive Global's Arianna Huffington. "I forgive her and I'm sorry for anything I ever did, and I hope the same from her," she said. "I think it's time. There are bigger fish to fry, and there are real problems in the world." So what do you say, Taylor? Truce?