While the production crew for Eclipse works on reshoots for the movie, the Twilight kids are making headlines with their upcoming roles. Kellan Lutz may have a romantic comedy on his plate, but he's not giving up on action movies. Lutz is in talks to star in Deathgames with Samuel L. Jackson, where he'll play a modern-day gladiator. Guess he'll be able to put those big muscles to good use. 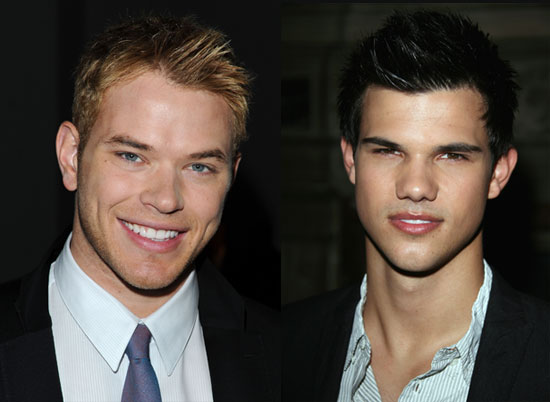 As for everyone's new favourite teen wolf, Taylor Lautner's upcoming film Abduction has found its leading lady in Lily Collins. For those of you who don't recognise the name, she's not just Phil Collins' daughter, she also played Sandra Bullock's daughter in The Blind Side. I loved watching the young actress hold her own and play off of Bullock's Oscar-winning performance, so I'm happy to see her pick up a new role. Do you think she has a chance of matching Lautner's undeniable chemistry with Kristen Stewart though?