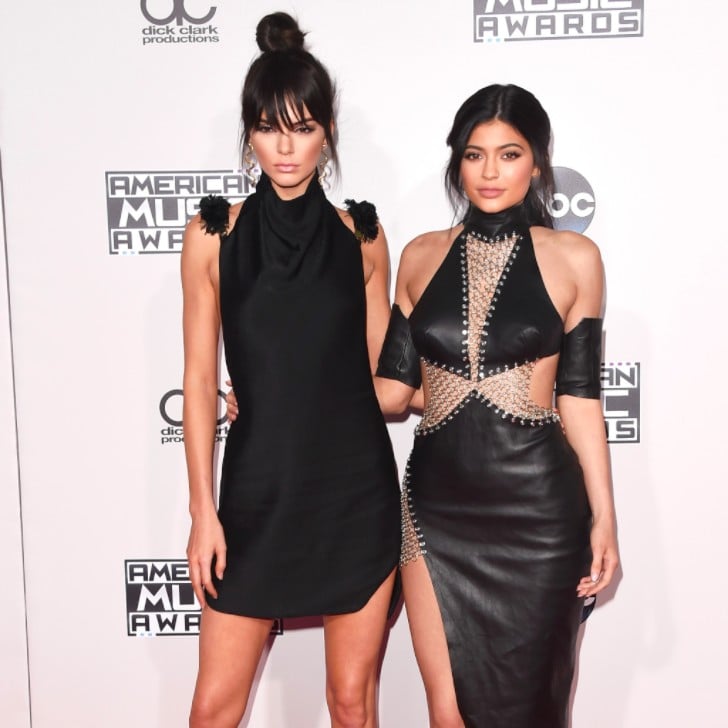 Kendall and Kylie Jenner Sizzle Together on the AMAs Red Carpet

Kendall and Kylie Jenner stole the show when they arrived at the American Music Awards in LA on Sunday night. Kylie, who recently shut down those Tyga breakup rumours, showed some serious skin in a black leather dress, while Kendall also did the same in a matching ensemble. While Kylie didn't walk the red carpet with her rapper boyfriend, she struck several poses alongside her sister and Frankie Grande before making her way inside the Microsoft Theatre. Read on to see more of Kendall and Kylie's sexy night out, and then check out all the stars on this year's AMAs red carpet.