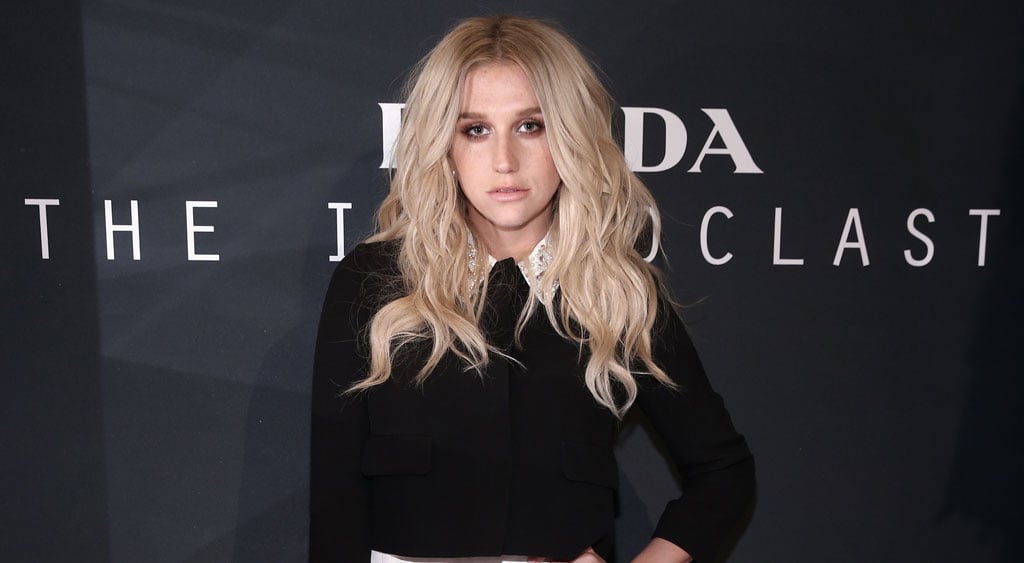 Throughout the week, we've been getting bits and pieces of information about the legal battle between Kesha and Dr. Luke, and now Kesha is finally speaking out. The singer first took to Instagram on Tuesday to share a heartfelt message with her fans and thanked them for their support, writing, "I am beyond words in gratitude. thank you is not enough but it is all I have. a million times over and forever thank you. the support I have received has left my face swollen from tears. I love you all so much. a statement too large for this format is coming...." And on Wednesday, she released her full statement via Facebook. Kesha wrote:

"I'm so, so beyond humbled and thankful for all of the support I've
received from everyone. Words cannot really express the emotions I've gone through reading and seeing how amazing everyone has been to me. I can't believe that so many people all over the world took the time to show me support and love. Other entertainers who knowingly put their own careers at stake by supporting me, I will be forever grateful.

All I ever wanted was to be able to make music without being afraid, scared, or abused. This case has never been about a renegotiation of my record contract – it was never about getting a bigger, or a better deal. This is about being free from my abuser. I would be willing to work with Sony if they do the right thing and break all ties that bind me to my abuser.

But at this point, this issue is bigger than just about me.

I think about young girls today – I don't want my future daughter – or your daughter – or any person to be afraid that they will be punished if they speak out about being abused, especially if their abuser is in a position of power.

Unfortunately I don't think that my case is giving people who have
been abused confidence that they can speak out, and that's a problem.

But I just want to say that if you have been abused, please don't be afraid to speak out. There are places that will make you feel safe. There are people who will help you. I for one, will stand beside you and behind you. I know now how this all feels and will forever fight for you the way perfect strangers have been fighting for me.

Yes, I am very much a feminist, but more than that, I am a humanist. I believe in supporting my fellow human beings in being SAFE.
We're all in this together. You are not alone.

I love you and thank you."

After Kesha's injunction was denied on Friday, celebrities have rallied behind the star with messages of support, including Lady Gaga and Demi Lovato, who both took to Twitter to weigh in on the drama. Lena Dunham also showed her support for Kesha, penning an essay in her subscription-based newsletter, Lenny Letter. See Kesha's full message above, and then check out all the music producers who are offering to help her.

Russell Wilson
Russell Wilson Pens a Heartfelt Birthday Tribute to Ciara: "You Have Changed My Life"
by Brea Cubit 9 hours ago

2020 Election
Timothée Chalamet Chats With Selena Gomez as He Queues For Early Voting: "Proud of You"
by Brea Cubit 10 hours ago