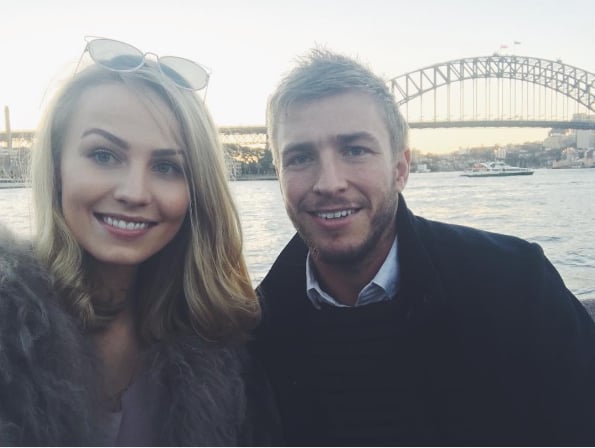 There's a whole lot of controversy surrounding Sydney Swans AFL star Kieran Jack at the moment, thanks to an ongoing family feud that has recently been made public. The situation reportedly came to a head over tickets to Kieran's 200th game this weekend, with his girlfriend Charlotte Goodlet also drawn into the drama.

Speaking out today for the first time, Kieran refused to talk about the feud with his parents, but did come to his girlfriend's defence. "It's been tough," he told reporters at a press conference. "She hasn't deserved the treatment that she's received but she's strong. She's an independent woman. She's not just a model, I can tell you that — and a lot of people know that. I love her very much and I'm very proud of her."

Whatever's going on in Kieran's family life, one thing looks to be certain: his relationship with Charlotte, a model and Nine News producer, is going strong — in fact, they look blissfully happy. Scroll to see their sweetest Instagram snaps!