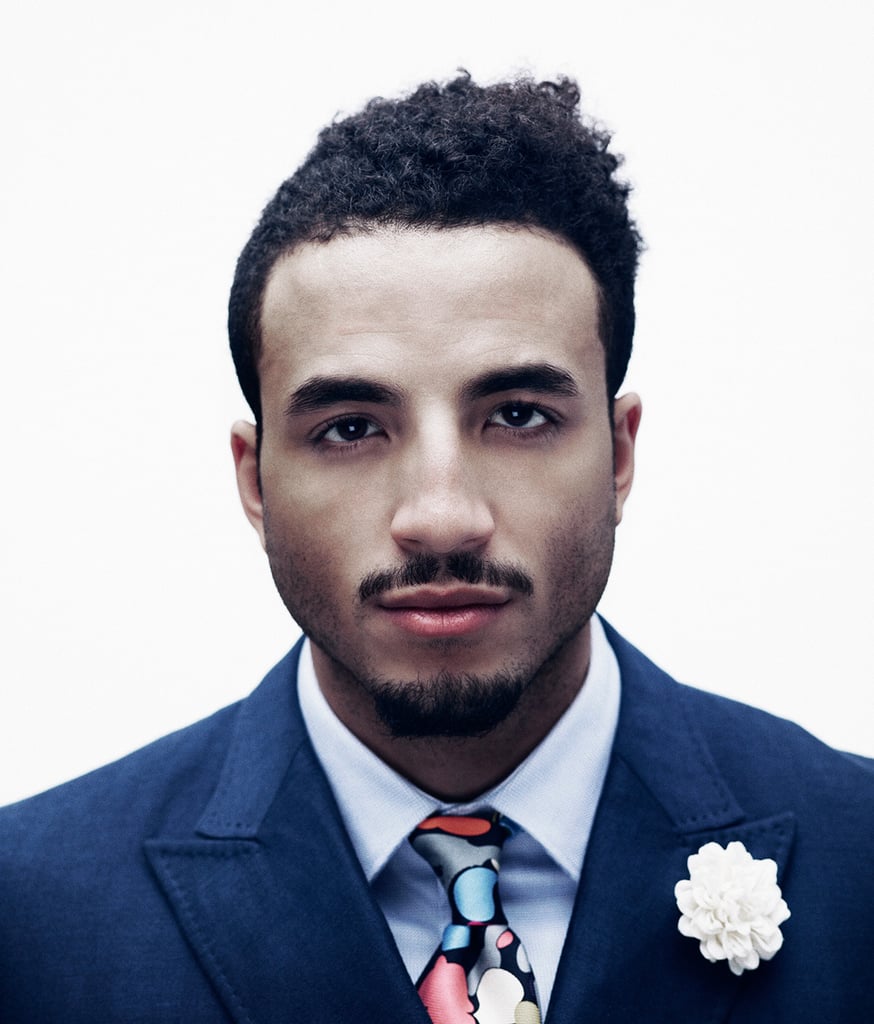 According to the song "Undressed," we can call its singer, Kim Cesarion, whatever we want. But when POPSUGAR Australia met with the Swedish musician during his recent Australian promo trip, we stuck to his real name, and found out lots about the man behind the sexy hit, which peaked at no. 5 on the Aussie charts. There's more to come from this talented 23-year-old as he prepares for the release of his album, but for now, here's what he told us about the inspiration behind "Undressed" and what an average day in his life looks like now.

I realised I wanted to be a musician when. . . I was three years old. I made the decision when I was watching the TV. I was watching the orchestra every Sunday in the mornings at my grandma's house, and I wanted to do what they did, so I asked her, and they brought me to a music school, where I started playing violin. That's how I started. I quit the violin when I was 14 but kept playing bass and piano. Then I started high school, and that's when I really focused on singing.

The key to writing a good song is. . . It's so different, I think. It depends on who you work with. Don't think too much. Don't overthink it.

The inspiration behind "Undressed" is. . . Nothing in particular. At first, I remember the concept was going in a completely different direction, and I wasn't sure about it. The next day, we got back to the studio, because we had started at night, and I pitched the vision I had: it needed to be more sexy, more towards the way it is now. Then we started working towards that direction, and we wrote "Undressed." It's not about a particular person; not this one. I have other songs that have more real stories behind them.

When people hear "Undressed" I want them to feel. . . I want them to feel whatever feeling makes them feel good [laughs]. I want them to feel joy. The thing is everybody feels different. I've heard that song for so many years, so for me to put myself in the same situation that everybody else is in when they hear it for the first time, and the feeling they have, I don't know that feeling. I wrote the song, and I heard it from nothing, to a beat, to a melody, to a lyric, to the final version. This is hard, actually! I've never thought about that.

When I heard my song on the radio for the first time, I. . . Was in the car with my dad. I don't really listen to the radio if I'm not in the car. I'm not a huge radio person. I'm more Spotify.

The most surprising thing I've learned about being in this industry is. . . I knew so much about the music business before I got signed, so nothing has been a huge surprise. But I understand more what people who have been in the music industry for a long time are talking about. For instance, the business is really a business — music business. And sometimes it's more business than music.

This is what you can expect from my debut album: Good music. We've probably got enough music for two or three albums.

My favourite place I've travelled to so far is. . . I'd never been here, I'd just heard so much good about it. I would say New York, LA, and actually Sydney. Because I like the weather here and that it's just so f**cking nice. I'm a New York dude, ever since 2000 when I was 10.

When I'm performing live in front of people I feel. . . Happy. I don't get stage fright because I wanted to do this so I could perform. I like the live element. I wanna hear details, things you can't hear on the record. Back in the day, every show was different. Also, a lot of records were recorded from live shows. We do new stuff all the time; my bass player can surprise me. I could be performing my song, and he'll do something and I'll be like, "Damn!" That's the feeling that I want to have if I go to see a show. I want to hear something different.

I would like to collaborate with: Kendrick Lamar. Jay Z. Kanye could be dope. Prince, D'Angelo — a bunch of them.

Check out more of our celebrity interviews here.

Celebrity Interviews
Bad Bunny Is Making His Mark on the Music Industry, and He's Doing It With Love
by Monica Sisavat 15 hours ago