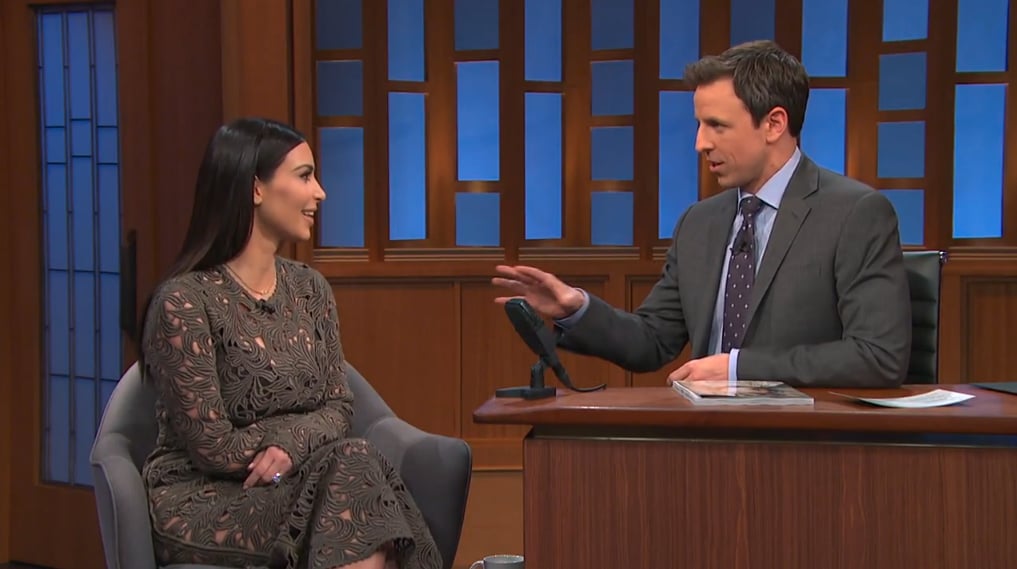 Kim Kardashian made a special appearance on Late Night With Seth Meyers on Tuesday to talk about her family, her upcoming wedding to Kanye West, and yes, that headline-making Vogue magazine cover. Kim revealed that the photo shoot was "a top-secret mission" and she even kept the news from her sisters. She went on to say that she and Kanye had no idea that they'd get the cover and she feels "so honoured" to be featured with her fiancé; Kim also brushed off the Internet backlash, proudly adding, "Kanye's the first rapper, I'm the first reality star, we're the first interracial couple [on the cover]." Kim also told Seth that 9-month-old North peed on Kanye during one of the shots. Watch the interview below.