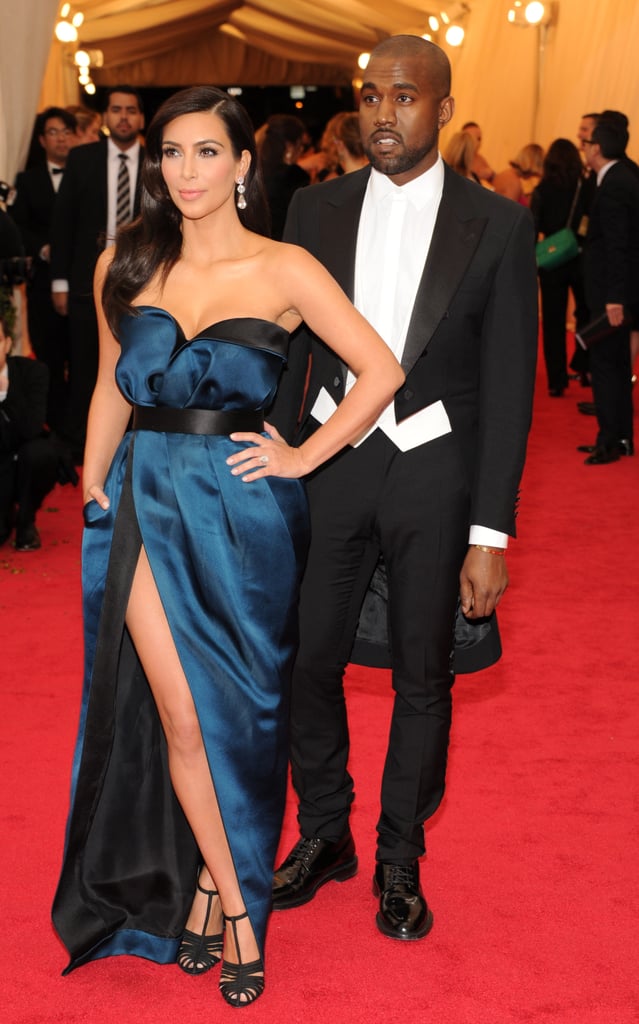 Kim Kardashian and Kanye West are back at the Met Gala at the Anna Wintour Costume Center at the Metropolitan Museum of Art. The duo made their second appearance at the annual bash in NYC today night when they walked the carpet in black tie, with Kim in a leg-baring Lanvin gown and Kanye in a tuxedo. Last year the pair caused a bit of controversy when the then-pregnant Kim attended the bash in a floral Givenchy design that was roundly mocked online. However, this year the couple come with Vogue's seal of approval as they covered the fashion bible's April issue. May will be a big month for the couple, as they are slated to walk down the aisle on May 24. Perhaps Kim's Met Gala design will give us a hint on who will be making her nuptials gown?

This year's Met Gala will celebrate the work of American-based designer Charles James. Charles was best known in the '40s and '50s for his glamorous ball gowns, which highlighted a woman's curves. Don't forget to check out the all-time best dressed guests from the Met Gala!