Kim Kardashian may have inadvertently revealed that she's pregnant again. In a recent interview with the UK beauty blog Pixiwoo, Kim was asked about her maternity style and how she decided what to wear when she was pregnant with her daughter, North West. She replied, "I wore my regular clothes and I would just buy a size up. I don't know if I would necessarily do that this time around . . . Pregnancy style is hard." The moment happens around 2:30 in the video above; after Kim answers the question, she seems noticeably flustered (perhaps because she realised she had just made a huge announcement).

It's worth noting that the Pixiwoo interview occurred sometime last month, as Kim explains that she's in the UK "for GQ" — she and husband Kanye West attended the Men of the Year Awards ceremony in September, where Kim was honoured as British GQ's Woman of the Year. Kim was spotted in LA just this week sporting her signature curve-hugging attire with no baby bump in sight and also took to Instagram to share a photo of herself in a waist-shaping corset, writing, "I'm really obsessed with waist training!" She did, however, tell reporters back in August that she and Kanye were "trying" for baby number two. It remains to be seen whether Kim really let pregnancy news slip or if it was just an odd choice of words. Watch the interview now, and let us know: did Kim Kardashian just reveal that she's pregnant again? 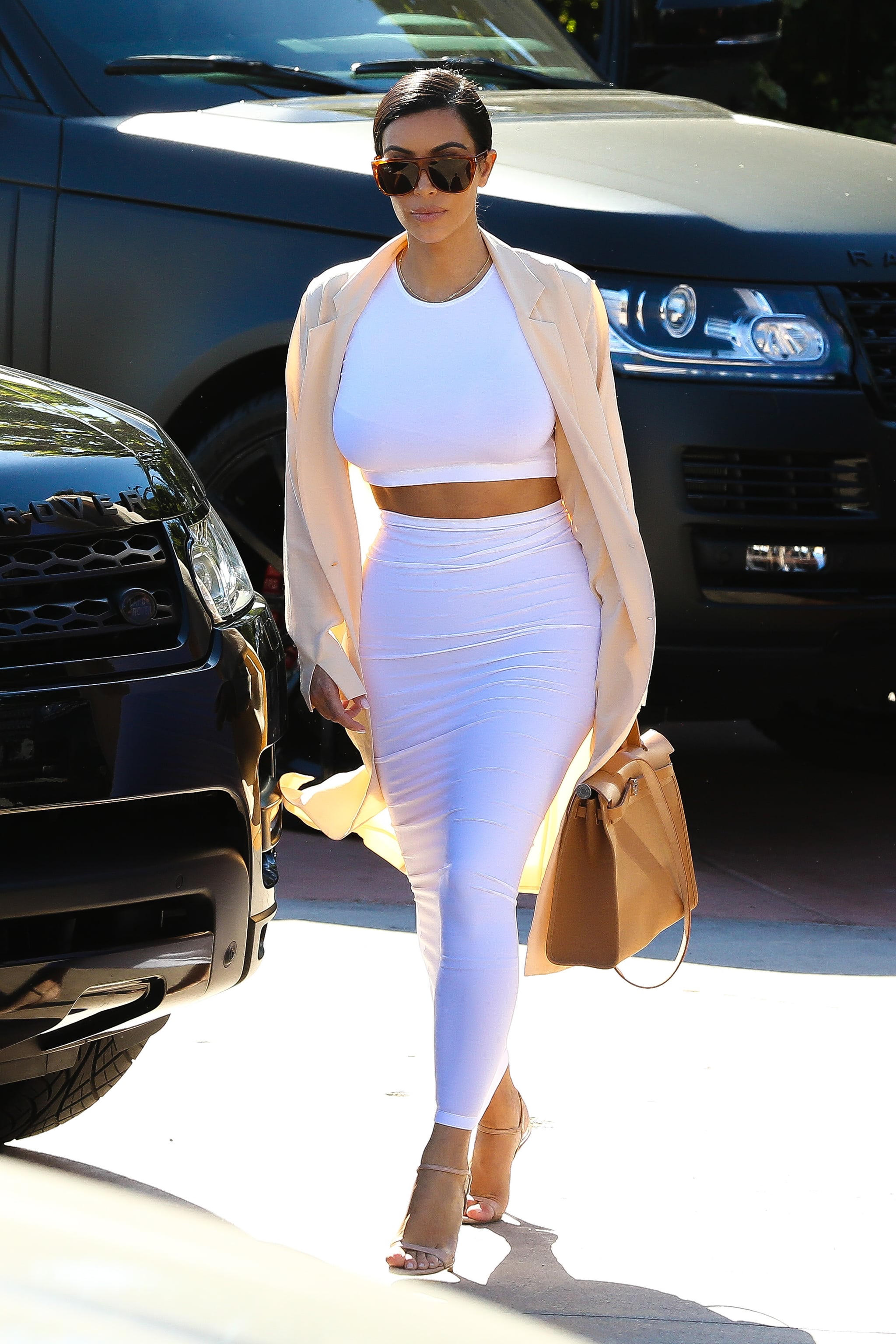 Mandy Moore
Mandy Moore Is Expecting Her First Child, So We Can’t Wait For 2021!
by Alessia Santoro 11 hours ago