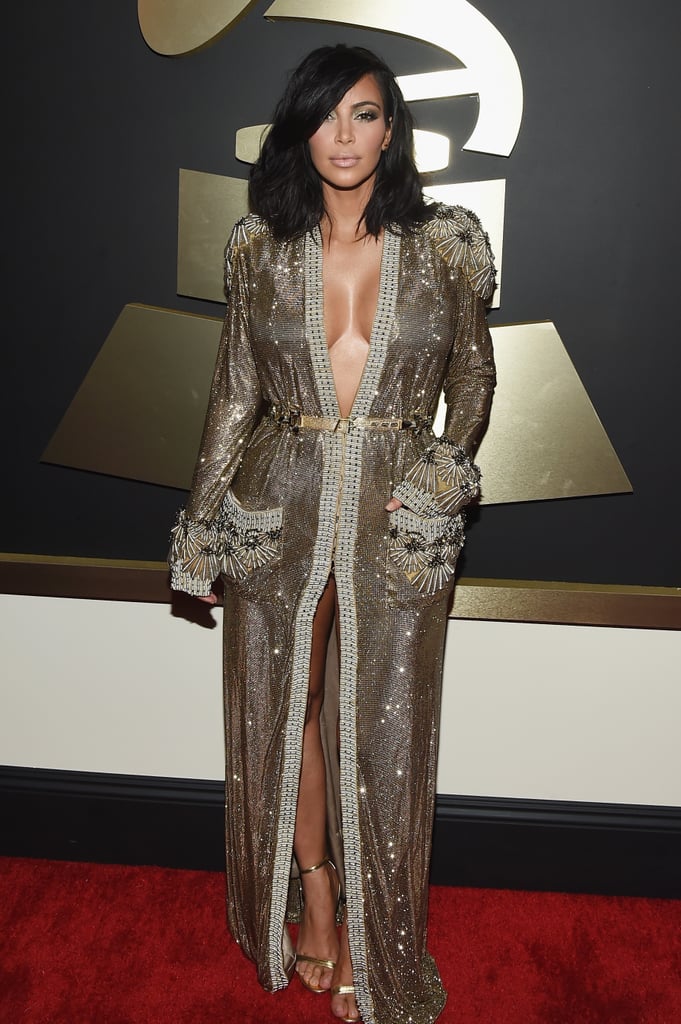 Shortly after Kim Kardashian posted a naked selfie to Instagram on Monday, a few celebrities didn't hold back in their critiques of her choice to do so. Chloë Grace Moretz chided the reality star with a pair of tweets that said she should teach young women that "we have so much more to offer than just our bodies," and Bette Midler quickly followed suit, tweeting out that if Kim wanted to show off a part of her body the world hasn't seen, she would need to "swallow the camera." British TV personality Piers Morgan hopped in the ring as well, writing up an entire column about the image that ponders why Kim would feel the need to post a naked photo if she's "so successful, so secure, and so rich." Kim responded by stealing a move out of husband Kanye West's playbook, unleashing a number of fiery tweets on Chloë, Bette, and Piers. Check them out ahead, and then see Kim's incredible postbaby body since welcoming son Saint.

Celebrity Twitter
Harry Styles's Vogue Cover Should Be Critiqued, but Not For the Reason the Far-Right Thinks
by Grayson Gilcrease 6 days ago

Celebrity Twitter
In Case You Forgot, Megan Thee Stallion Reminds Us That She's the Queen of Freestyle
by Mekishana Pierre 3 weeks ago