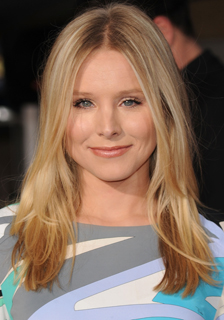 Whales (formerly Everybody Loves Whales), the true tale of grey whales trapped under the ice of the Arctic Circle, is assembling somewhat of a dream cast—for me anyway. Drew Barrymore was the first to sign on as a Greenpeace activist, then John Krasinski snagged a role as a small-town reporter and now another one of my faves is joining the film: Kristen Bell! She's in negotiations to star as an LA reporter who wants to make it big. I love that Bell is getting a steady stream of movies these days. In September she'll pop up in the comedy You Again, then a few months later in the sexy Burlesque. There's clearly no rest for the adorable.