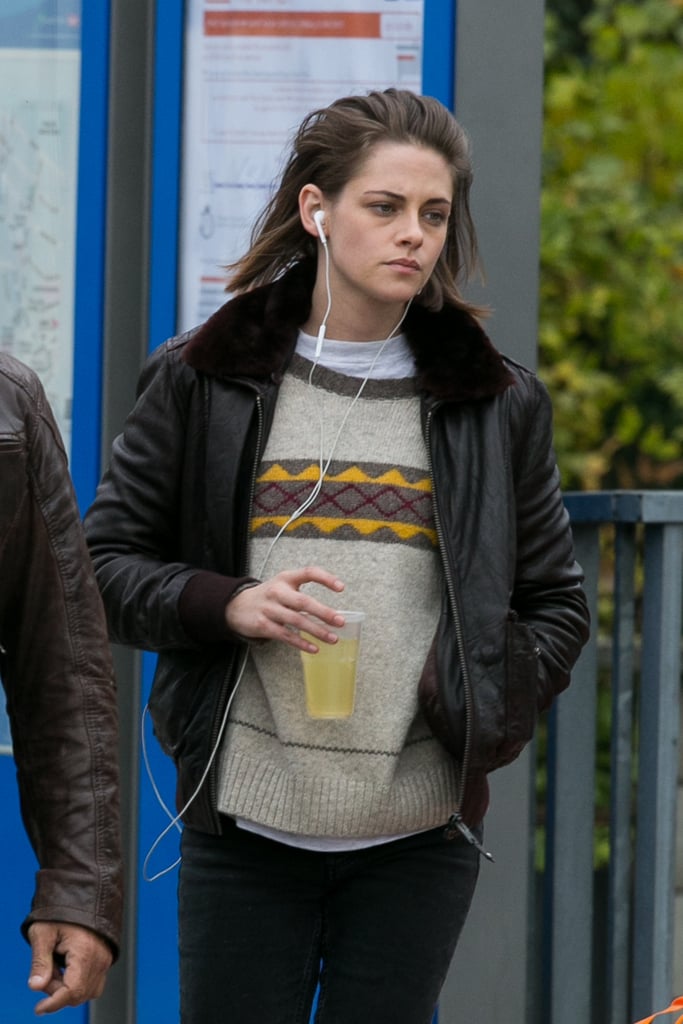 Kristen Stewart stepped out in Paris on Tuesday, trading in her typical casual style for pushed-back hair and a leather jacket as she filmed her latest project, Personal Shopper. Kristen first touched down in France at the end of last month, and she's been spotted on the set in the days since. It's been a busy couple of months for the actress — in October, she shot the new, untitled Woody Allen movie alongside Jesse Eisenberg and Blake Lively. Before that, she shut it down with a stunning appearance at the Toronto International Film Festival back in September. Keep scrolling for her latest on-set pictures, then check out her most animated moments.