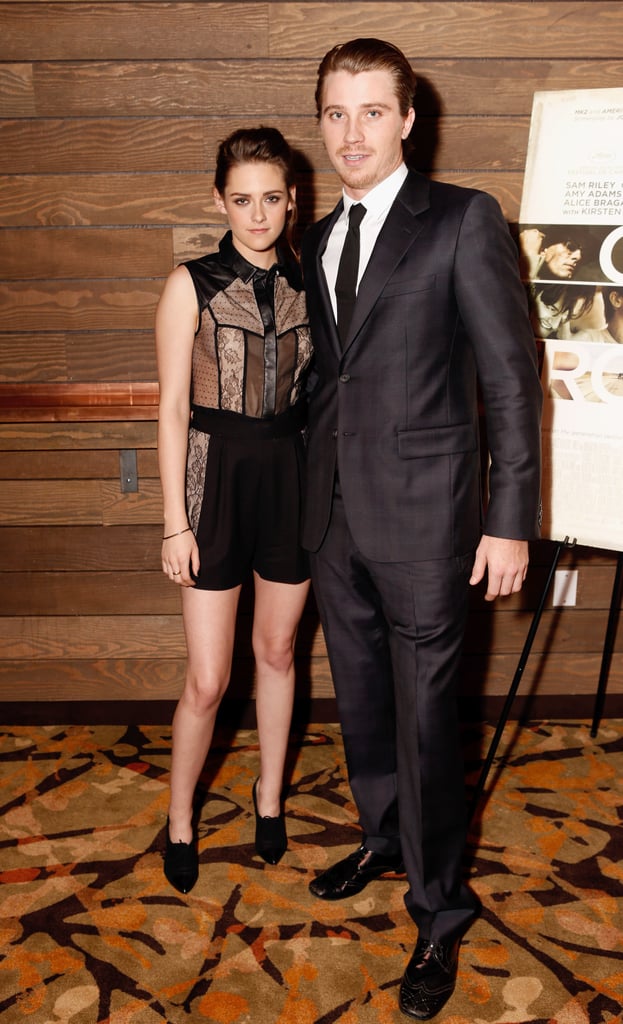 Kristen Stewart and Garrett Hedlund attended an LA screening of On the Road at Sundance Cinemas last night. Also out for the evening were producer Francis Ford Coppola and his son Roman, who posed for pictures with Parks and Recreation star Aubrey Plaza. Kristen and Garrett have been busy talking up their big-screen adaptation of the classic Jack Kerouac novel recently. Last week, they both attended the Variety studio to chat about the picture. Kristen recently got an early holiday present thanks to her big year of filmmaking — she ranked on The Hollywood Reporter's list of the most powerful women in Hollywood.