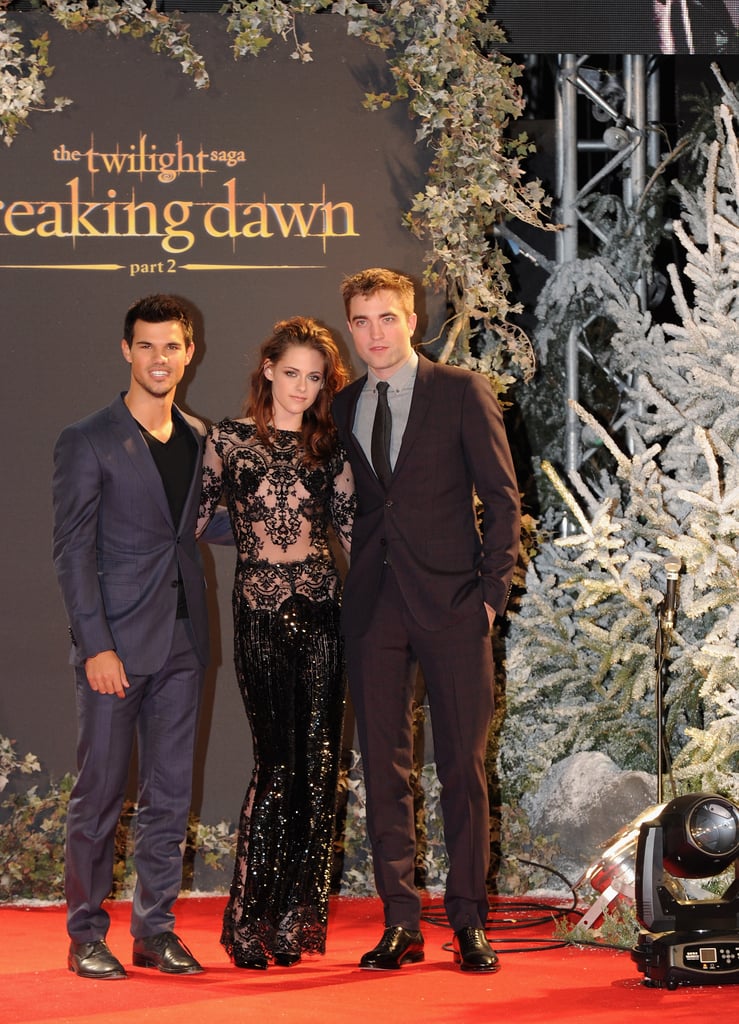 Kristen Stewart posed with leading men Robert Pattinson and Taylor Lautner at the UK premiere of Breaking Dawn Part 2 last night. She wore a sexy lace Zuhair Murad jumpsuit that showed plenty of skin after donning an equally racy dress by the same designer for the LA premiere on Monday. Kristen chose a sheer, nude gown for the carpet, but changed into her usual t-shirt and jeans for the after party. The fun didn't last long though, since Rob, Taylor and Kristen hopped on a plane to London that night. While they're in England, Nikki Reed and Jackson Rathbone are headed to Denmark for their own appearance. It's the final Twilight press tour with the last instalment hitting cinemas today.

The Royals
Kristen Stewart Was Just Cast as Princess Diana in a New Movie, and I Am Intrigued
by Grayson Gilcrease 18/6
Latest Celebrity
×