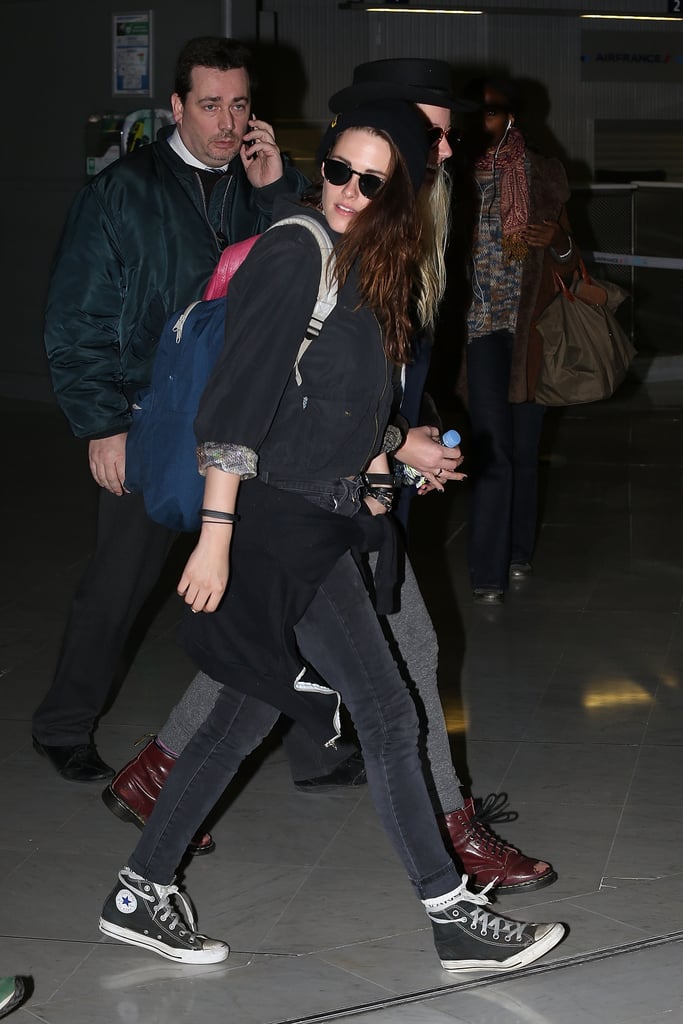 Kristen Stewart wrapped up her quick trip to Paris on Wednesday when she was spotted catching a flight out of the Charles de Gaulle airport with a friend. The actress was in town to meet with Karl Lagerfeld and presumably shoot her new ad campaign for Chanel's Pre-Fall 2014 collection. Despite the chic appointment, Kristen stuck to her usual casual style of hoodies and jeans, although she did scoop up quite a bit of trendy grunge Chanel pieces during her time in the City of Light, including a Chanel sweatshirt, backpack and wedge sneakers. The new ads are expected to be released in May 2014 and will be photographed by Karl himself.

Kristen is no stranger to the fashion world by now, as she is also the face of Balenciaga's Florabotanica and Rosabotanica fragrances. She has also become a regular at Paris Fashion Week, popping up at shows though out the year. Hopefully she'll have time to jet back to Paris later this month for the latest round of collections!