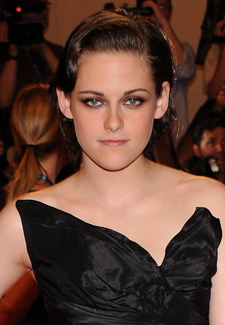 Another bit of Kristen Stewart casting! We're not sure yet if she'll be playing an action hero any time soon, but the Twilight star revealed in a recent interview that she'll be starring in an upcoming adaptation of Jack Kerouac's novel On the Road. She said:

"I am very much attached to a movie that has been trying to get made forever. Not that this is going to help it, but maybe I can just brag a little bit. I am super excited about it, too. I am about to play Marylou in On the Road. So that's a big deal."

Those who've read the book may remember Marylou as the young and fiery first wife of Dean. Personally, I'm glad to see Stewart take on roles like this and The Runaways, which let her break out of Bella's meek demeanour, but do you think she's a good fit for the part?