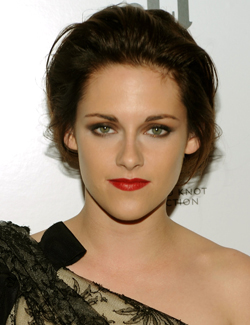 Kristen Stewart has been making the rounds to promote her latest project Welcome to the Rileys. In the film, Stewart plays a young stripper who befriends a grieving father (James Gandolfini). She recently spoke at a press day in New York about how she dove into the troubled character. Here's what she had to say:

Stewart shares more about her experience after the jump.