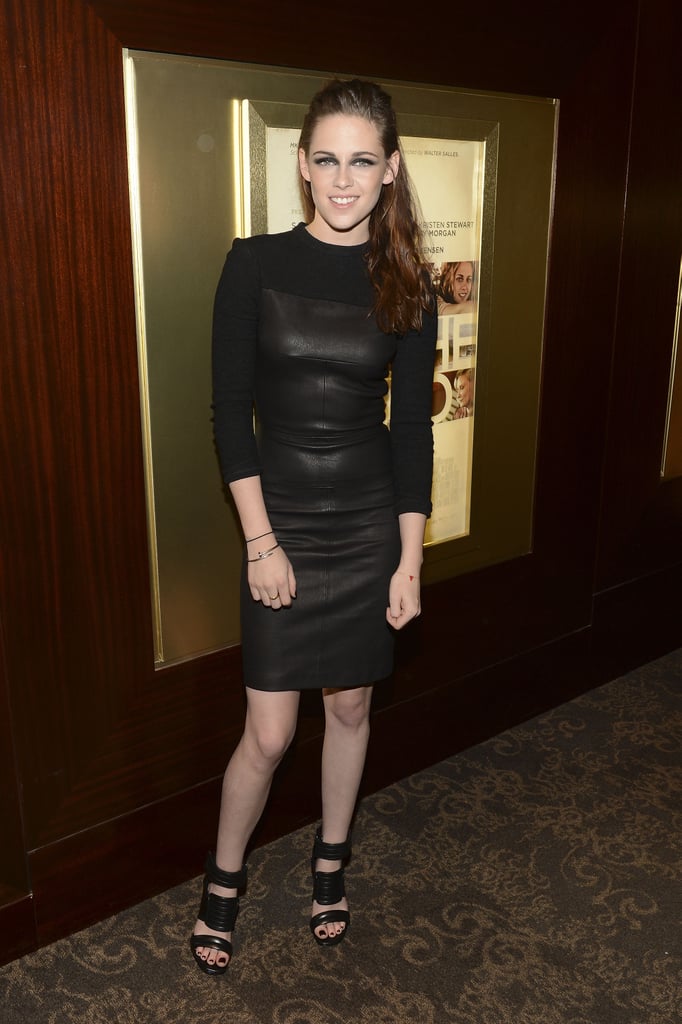 Kristen Stewart joined co-star Garrett Hedlund and On the Road director Walter Sales for a screening of their movie in NYC on Thursday evening. She's been in the city to help promote Breaking Dawn Part 2, but she was able to take a break and focus on her indie project for the night. Kristen showed off a new clip from Breaking Dawn to Jimmy Fallon on his show earlier in the week, and on Thursday it was her boyfriend and leading man Robert Pattinson's turn to chat on the late-night show. Kristen Stewart's style has been daring — and leg-baring! — so far during this final Twilight press tour, and all eyes will be on her when she and the rest of the cast have their official premiere in LA next week.